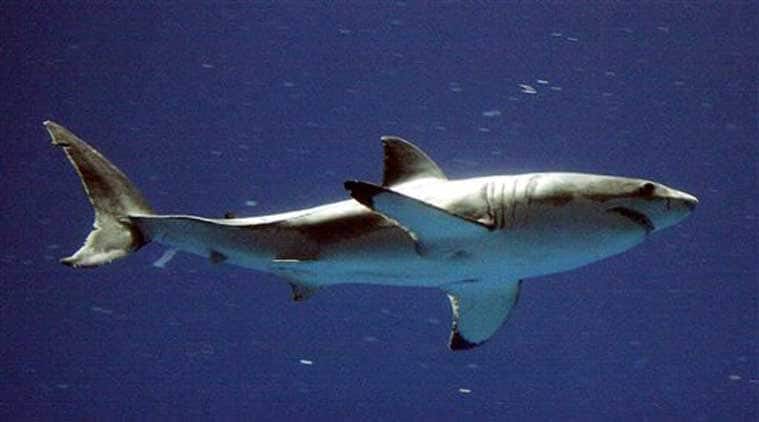 
Police gunmen, deployed to kill the shark, were unable to locate it after the incident despite hours of patrolling. (AP/Representational)

A 60-year-old surfer was mauled and killed by a 10-foot great white shark off the coast of northern New South Wales in Australia on Sunday, BBC reported. The surfer was allegedly severely injured after the shark bit his leg.

Two fellow surfers attempted to rescue the 60-year-old by fighting off the shark and bringing him to shore at Salt Beach in South Kingscliff, police said. While an attempt was made to administer first aid, the man eventually succumbed to his injuries.

A 24-hour shut-down was enforced at Salt Beach and the beaches surrounding it for the safety of swimmers and surfers, police said. “It’s a bit of a shock for everyone at the moment. There’s a very sombre mood here. I don’t know of a previous fatal shark incident in this area,” Salt Surf Life Saving Club member, James Owen told The Sydney Herald.

Police gunmen, deployed to kill the shark, were unable to locate it after the incident despite hours of patrolling, The Sydney Herald reported. According to the BBC, the police are licensed to shoot and kill sharks if they are a threat to human life. However, in this case no shots were fired.

This is the third fatal shark attack in Australian waters this year. In April, a 23-year-old ranger was killed on the Great Barrier Reef. Earlier, a 57-year-old diver was killed off Western Australia in January, BBC reported.

All Whose Salaries Were Under Rs 25,000 And Lost Jobs During COVID-19 Should Get Cash Benefits: Uday Kotak

‘It’s going away’: With time running out, Trump again forced to defend Covid approach at debate

US troop withdrawal from Afghanistan 30-44 per cent complete: CENTCOM

US, South Korea reaffirm cooperation toward denuclearization of Korean Peninsula