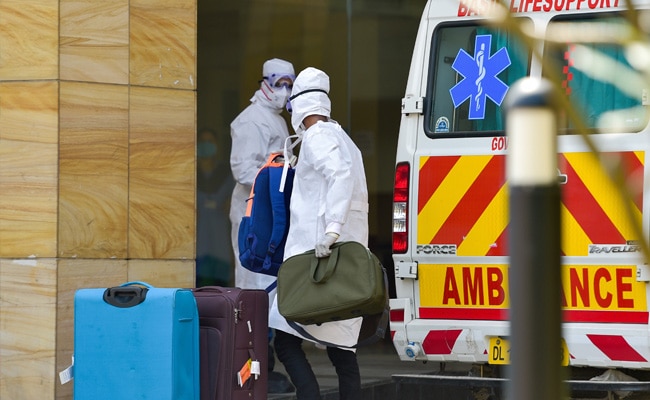 Odisha said there was no corruption in management and purchase of medical equipment. (File)

The Odisha government on Saturday said it has withdrawn nine senior IAS officers from COVID-19 duty in a bid to send “new warriors” to continue the long fight against the disease which has claimed eight lives in the state.

The clarification came a day after the opposition Congress and BJP alleged corruption in management and purchase of medical equipment and protective gear against the coronavirus. They alleged the same equipment were purchased at different prices from different suppliers.

Denying the allegations, Health and Family Welfare Minister NK Das said there has been no corruption in the purchase of equipment. “The allegation of different prices for a single item perhaps stemmed from two factors.”

“First, the incentive offered by the state government if a certain product is supplied by a vendor within a specified number of days. The second factor is the hike in prices of products by the central government in March. We purchased products at prices fixed by the Centre. Therefore, there is no corruption here as alleged by the opposition,” Mr Das said.

The state’s COVID-19 spokesperson Subroto Bagchi added that some officers had to go back to their original postings. “Secondly, if new warriors are not sent to the battle field, all will get exhausted as the fight against COVID-19 is a long process,” he said.

Appealing to people to not believe rumours, he said they could demoralise the officials working in the field, putting the entire state in danger.

Mr Bagchi said administrative reshuffle is essential in a difficult situation. “The government changes its strategies according to the situation and reshuffle of officers is part of it.”

Industry Secretary Hemant Sharma, who was supervising the procurement of essential pharmaceutical products and protective equipment against COVID-19, was relieved on June 1. Before that, the government shifted N B Dhal from the Health and Family Welfare Department.

The opposition allegations stem from a controversy a week ago over the BJD government refusing to take delivery of PPE kits, masks and sanitisers, forcing more than 20 trucks to remain stranded outside the Odisha State Medical Corporation Limited warehouse.

The authorities then decided to accept only PPE kits.

Congress and BJP demanded a high-level probe into the procurement of equipment.

“An impartial probe must be done in order to establish the root of corruption,” BJP State General-Secretary Prithiwiraj Harichandan said.

“Just removal of some officers from crucial positions will not give justice. A high-level inquiry into the matter of procurement should be made,” Pradesh Congress spokesperson Sudarshan Das said.

The state Health Minister, however, said that purchase of all items and equipment has been been made as per the rates fixed by the central government.

“There is no corruption at all. If the opposition political parties have any evidence, they should lodge written complaints,” he said.