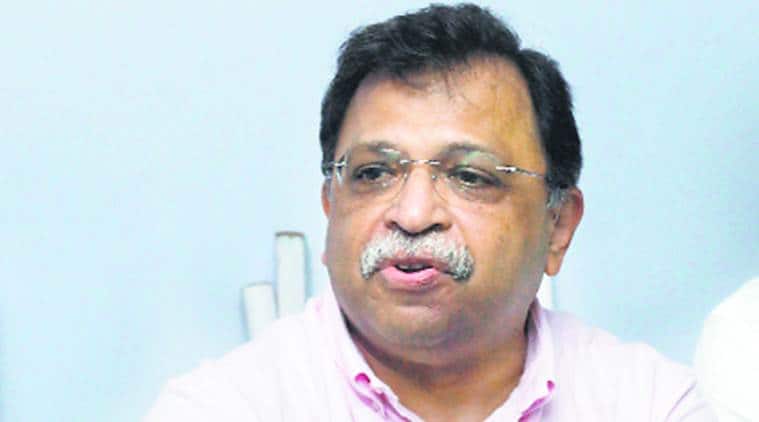 With the Athletics Federation of India (AFI) nominating its deputy chief coach Radhakrishnan Nair for the Dronacharya award, the debate over rewards and recognition for foreign coaches of India’s international medallists has kicked up again. Nair has ‘hand-held many athletes and coaches over the past few years’, AFI president Adille Sumariwalla said in a statement, which added that the 61-year-old is the ‘only Indian to complete an International Coaching Enrichment Certificate Programme by the International Olympic Committee with honours’.

In an interview to The Indian Express, Sumariwalla makes a case for Nair, who counts among his trainees star javelin thrower Neeraj Chopra. Nair has also worked as chief coach of the Republic of Maldives from 1998 to 2001, was a coach with the Indian Air Force and holds a Level-V IAAF coaching diploma.

The nomination documents submitted to the sports ministry says Nair first spotted and also trained Neeraj Chopra at the national camp. But foreign coaches were at the helm when Chopra won international medals.

When it comes to talent identification in recent times, he (Nair) has spotted the three best talents in the country. Hima Das, Neeraj Chopra and (VK) Vismaya. He found Neeraj Chopra in 2015, he trained Neeraj for one year, Neeraj was fifth at the National Games in 2015. He threw 73 metres, Radhakrishnan trained him and in March 2016, he threw 83 metres (82.23m). Radhakrishnan was the one who asked us to get coach (late) Gary Calvert and he handed Neeraj to Calvert. (Calvert was coach when Chopra became World Junior Champion in 2016). This is the greatness of a coach. He could have held onto Neeraj. He didn’t have to bring Calvert. There was a 10 to 11-metre improvement in a year when Radhakrishnan coached Neeraj. He said that Neeraj has a chance at the Olympics, so let us find a good coach from abroad and he forced AFI to get Calvert.

So coach Nair knows his limitations. Does he deserve a nomination for that?

There are athletes who could have won a medal at the Olympic Games if a coach hadn’t held onto them. But still you gave those coaches a Dronacharya even though we lost a medal. I’m not sure whether those athletes did well because of them or in spite of them. Here is a man who is saying ‘get the best coach you can get in the world’. He says ‘I am the best in India, but if there is somebody better in the world, we should get him’. There are other coaches who are selfish to the core. There are examples of coaches who have produced one athlete but never produced another athlete before or after who could win even a national medal. There are so many coaches who have got the award on the basis of one athlete. What do you want to give Dronacharya for? It is for a coach who finds talent, a coach who nurtures talent and a coach who at the right time gives the talent to a more specific coach.

Chopra has been coached by Calvert, Uwe Hohn and Dr Klaus Bartonietz. Why hasn’t he trained more with Nair?

Is the AFI giving him credit for spotting Hima Das and VK Vismaya and training them too?

When Hima Das ran the Open Nationals in 2017, Radhakrishnan went to her coach and convinced him that she should join
the camp. He got her shifted from the 200 metres to the 400 metres and Galina (Bukharina, foreign coach) had joined us by then. He spotted Vismaya at a university meet, and brought her to the camp. Today, Vismaya is the No.1 400 metre runner. He fought with us to include her in the camp. Back then, she was thin and nobody was sure if she would be able to run fast enough.

So if Nair has helped improve the performance of the relay team as AFI says, why do you appoint someone like Galina Bukharina?

Coaching is only the physical part. But you have to keep a team together. There is a whole support system which Radhakrishnan gives them. He sits with the planning team, he ensures they get everything they need, they get the masseur, they get the physio, they get the doctor. He holds them together. Galina or Uwe Hohn, or whoever is only spending those two-three hours on the track with them. The rest of the operation is done by whom? All the planning… where they will go and train, where they will compete is done by coaches like Radhakrishnan. Why did we give JS Saini (1997) the award? We gave it because he worked with the team. I want to know who the critics are and who do they think deserves the Dronacharya award?

Cuban boxing coach BI Fernandez was awarded the Dronacharya in 2012? Didn’t the AFI think of nominating one of the foreign coaches who have coached Indian athletes to international medals?

No, we didn’t consider nominating a foreign coach. Fernandez stayed in India for two decades and deserves a Dronacharya because he brought it (boxing) up from nothing. He got you an Olympic medal in boxing. It was all his work, he deserves Dronacharya. Fernandez has not coached one boxer, he has created the whole system which Radhakrishnan is doing. Radhakrishnan is creating thousands of coaches. He has trained nearly 1,000 Level-1 coaches and close to 100 Level-2 coaches. You have to give him a double Dronacharya and not a single Dronacharya because he is now increasing the knowledge base of other coaches.

Across sports, Indians get the Dronacharya Award when in reality foreign coaches have made the difference in most cases. Isn’t that unfair?

A Dronacharya will have no value when a foreign coach returns home after four to five years. For an Indian coach, it is a matter of great pride and honour and it motivates them. Foreign coaches get huge amounts of money. Indian coaches are paid one-tenth of what a foreign coach is paid and that demotivates them. Therefore, I am against giving such a national award to foreigners (exception being Fernandez) and it should be for Indian nationals. Remember that athletes have come up through our system, which people like Radhakrishnan are responsible for creating. Foreign coaches are doing only the polishing (of talent). Today in the whole list, there is nobody who deserves the award more than Radhakrishnan.

The complexities of finding the real Dronacharya

In the official document submitted to the ministry of sports, deputy chief coach Radhakrishnan Nair has been credited with spotting India’s most promising athlete, javelin thrower Neeraj Chopra, training him at the national camp and also contributing in improving the performance of the 4x400m women’s relay team and training two of its key runners VK Vismaya and Hima Das, the 2018 junior world champion in the 400 metres.

Nair has been in the national set-up since 2013 but foreign coaches have been at the helm, coaching Chopra and the relay teams, when they have won international medals. When Chopra won the world junior gold medal (86.48 metres) in 2016, it was the late Australian-born Gary Calvert who was his coach. Uwe Hohn, the only man to throw the javelin over 100 metres, coached Chopra when he won gold medals at the Commonwealth Games and Asian Games.

When Chopra joined the senior national camp for the first time in March 2015, he trained on his own as he was self-taught. From time to time at the national camp, both Kashinath Naik, a 2010 Commonwealth Games bronze medallist in the javelin throw, and Nair guided him. A year later, he equalled the national record (82.23m) at the SAF Games.

Russian-born Galina Bukharina, who joined the Indian contingent three years ago, trained both Vismaya and Hima once they joined the national camp. Bukharina was in-charge when the women’s 4x400m relay team, which included Vismaya and Hima, won gold at the 2018 Asian Games. The men’s relay team which took silver at the Asiad was also coached by Bukharina.

Harmilan trains to Busan and beyond