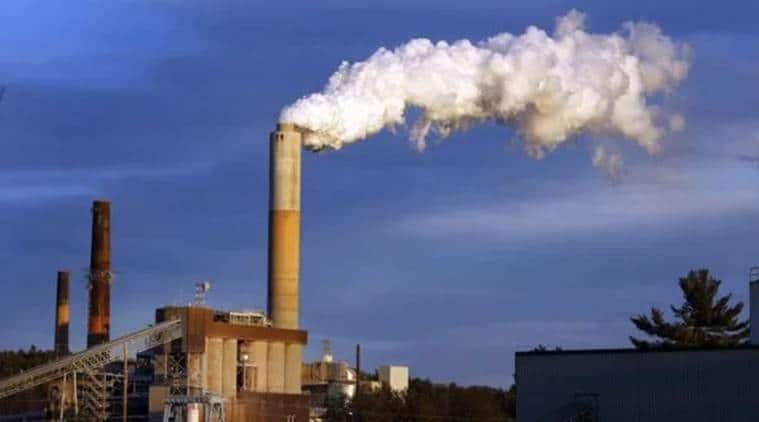 
The EU carbon price has never been above 31 euros a ton since the market started trading in 2005. The contract traded as high as 22.11 euros a ton on Tuesday. (AP)

The UK government’s plan to create its own carbon market after it leaves the European Union will likely make it more expensive to burn fossil fuels in the country than ever before.

The proposed emissions trading scheme is a small part of overall Brexit planning, but its success could play a critical part in Britain’s ambition to reach net-zero carbon emissions by 2050.

The EU’s ETS operates as a cap-and-trade system, with a value of around 34 billion euros ($38 billion) last year, that provides a market incentive to heavy polluters to reduce carbon emissions.

Much of the UK’s plans mirror the EU’s auction-based system, but with a few tweaks. About 1,000 UK power plants, factories and airlines covered by the EU market will be part of the new program.

“It’s quite bullish in the ambition there,” said Richard Howard, research director at Aurora Energy Research. “It’s already signaling that this market will be tightened and consequently actors within the market will either have to pay a higher price and/or take stronger steps to decarbonise activities.”

Among the proposals are:

* Emissions cap initially set 5% below UK’s Phase IV of the EU ETS
* Plan to adjust cap January 2024 to fall in line with policies to hit net zero
* Auctions to continue to be main way of introducing allowances to market
* 15-pound price auction reserve price
* International credits will not be permitted
* Ultimately, the carbon price could go as high as 100 pounds per ton of carbon dioxide in the final years of the push to net zero, Howard said.

The EU carbon price has never been above 31 euros a ton since the market started trading in 2005. The contract traded as high as 22.11 euros a ton on Tuesday.

The European market has weathered years of low prices amid a flood of permits, which prevented the contracts from reaching levels that punished polluters for burning fossil fuels.

While there is still a possibility that the country will make an agreement to stay linked with the EU market should negotiations fail, the plan helps prepare the UK to be ready if it leaves the bloc without a deal.

“There’s obviously clearly a chance that the UK leaves the EU without a formal agreement, which would make a linked scheme impossible,” said Joshua Buckland, director at London-based consultancy Flint Global. “This is preparing for any eventuality.”

Now the government has seven months to prepare a whole new system. That requires setting up a registry, auditing emissions and preparing businesses for the new process.

The government said it’ll bring legislation in 2020 so that the UK ETS can launch in January 2021.

Mi Band 5 Rumoured to Have Camera Remote Feature for Smartphones

Active shooter at US Navy air base ‘neutralised’, area on lockdown