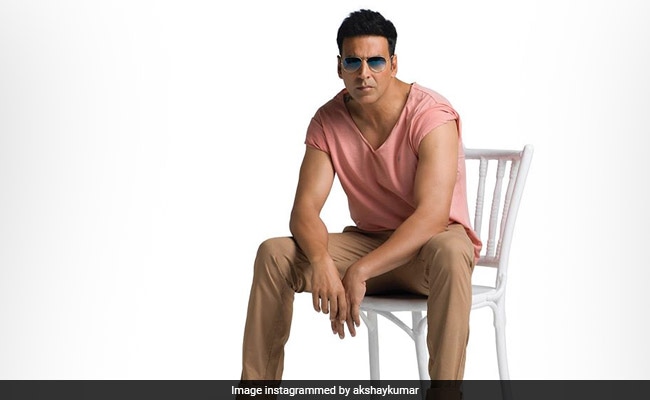 Akshay Kumar just made our Wednesday better. The 52-year-old actpr just dropped a drool-worthy picture of himself on his Instagram profile and it is making his Instafam swoon. In the picture, Akshay can be seen dressed in a pink t-shirt and an ochre pair of trousers as he poses sitting on a chair. Akshay Kumar accessorized his look with a pair of tinted shades as he posed for the camera. Sharing the drool-worthy picture of himself, Akshay Kumar shared a word of advice for his Instafam. He captioned the picture, “Sometimes it’s best to sit it out.” Akshay made a reference to the ongoing coronavirus lockdown and further added the hashtag “this too shall pass” to his post. Take a look:

Within minutes of posting, Akshay’s picture was flooded with comments from his fans. A user wrote, “Cute,” while another user dropped several heart emoticons on his post.

On Tuesday, Akshay made an interesting revelation about daughter Nitara in a comment to one of his fans. Akshay shared a video of himself where a fan commented asking about his daughter, to which Akshay replied saying, “I’m very well, safe at home with my family. My daughter is also doing good, keeps me on my toes… lost to her in a bicycle race this morning.”

A few days ago, Akshay Kumar trended a great deal for his adorable mother’s day wish for mom Aruna Bhatia. Akshay shared a picture of himself with mom Aruna Bhatia and sister Alka Bhatia and wrote, “Even in this day and age, you’re the only one whose one hand on my head can comfort me in troubled times because I know there’s nothing I can’t do with your blessings maa. Happy mother’s day.”

On the work front, Akshay Kumar was last seen the 2019 comedy-drama Good Newwz where he shared screen space with Kareena Kapoor, Diljit Dosanjh and Kiara Advani. Akshay has an impressive line-up of films for this year. He has films such as Laxmmi Bomb, Prithviraj, Sooryavanshi and Atrangi Re to look forward to.

Can You Identify The Actress Whose Love For Beetroot Made Her Do This?