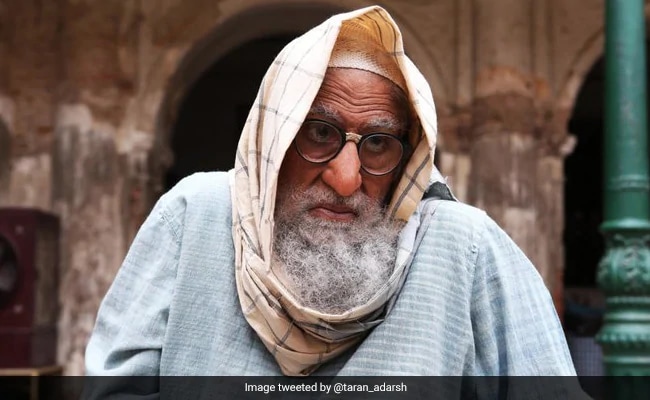 The trailer of Amitabh Bachchan’s upcoming film Gulabo Sitabo, which released last week, opened to largely positive reviews from the audiences. However, a section on the Internet couldn’t help but notice Amitabh Bachchan’s “fake nose” in the trailer. In his blog entry, the veteran actor reacted to a comment made by a Facebook user and wrote, “An FB comment said after seeing the trailer of GiBoSiBo (Gulabo Sitabo) that the nose is fake. Yes it is… it’s make-up. It is fake and that is the look of the character.” Big B, who in a previous post revealed that it took hours for him to get the prosthetic make-up done for the film, added, “Do you know that the most identifiable make up look is what the make-up artist does to the nose of the actor. The nose is the most identifiable in any human. Change the look of the nose and the look changes and that is what the make-up artist in GiBoSiBo did for me and explained it too.”

Later in his blog, Big B explained that a change in the nose not only drastically transforms the look, it also doesn’t restrict movement and expressions in any way. He wrote, “Nothing extra stuck to the face because it restricts expressions for the artist. Just by changing the nose it has left the rest of the face and skin free of any stick-on or prosthetics, so that the actor can do his facial expressions with freedom. That is the quality of make-up artists’ caliber.”

Big B, who has been a part of the Indian film industry for over 51 years, in a recent post revealed that this is the first time that his film will release on an OTT platform. He wrote: “Joined film industry in 1969. Now in 2020. It’s… 51 years! During this formidable period seen many changes and challenges. Now another challenge. Digital release of my film Gulabo Sitabo. June 12, only on Amazon Prime. Worldwide. 200 plus countries. That is amazing. Honoured to be a part of yet another challenge!”

Gulabo Sitabo, directed by Shoojit Sircar, is slated to release on Amazon Prime on June 12. The film also stars Ayushmann Khurrana. This is Big B’s second project with the director. He has earlier worked with Shoojit Sircar in Piku, co-starring Deepika Padukone in the titular role and late actor Irrfan Khan.