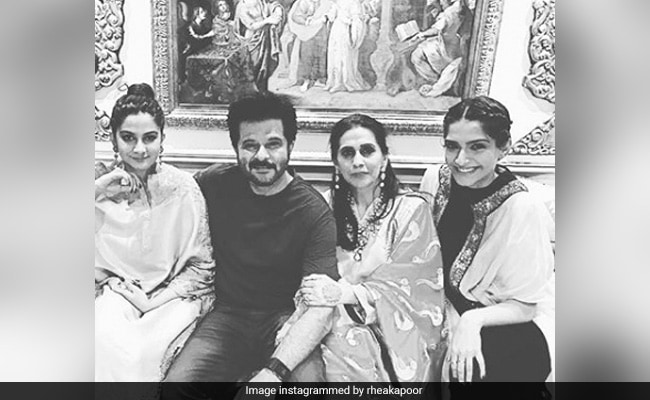 This story is about how Rhea Kapoor turned her father Anil Kapoor’s last Friday into a “blockbuster” day. Rhea, who cooked fried chicken for the actor yesterday, shared pictures of her delicious meal on social media and accompanied it with a lengthy note, in which she talked about spending time with family in lockdown. “Cooking for Anil Kapoor every Friday night on his cheat day after we have a father-daughter drink together has become my favourite quarantine activity. We used to only ever talk about work. Now there’s no choice but to open up,” wrote Rhea and added, “With everything going on it’s more important than ever I think to actually talk to your family, understand them in a way you never had time for.”

In her post, she also said that yesterday was her “favourite Friday.” Rhea wrote: “I feel so lucky to be safe and loved in my home. I think this Friday was my favourite.”

After reading such a heartwarming post, Anil Kapoor couldn’t stop himself from leaving a super sweet comment on his daughter’s post. He commented: “Fridays are scary for families in show business but this Friday has been one of my best Fridays… blockbuster Friday.”

Rhea’s sister Sonam also dropped a comment expressing how much she is missing her family: “Ufff killing it… I miss you all so much.” Sunita Kapoor also joined the conversation in the comments section. She used several heart emoticons in show her love. 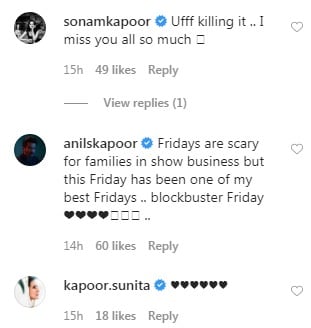 On the work front, Anil Kapoor was last seen in Mohit Suri’s Malang, which released in February this year.