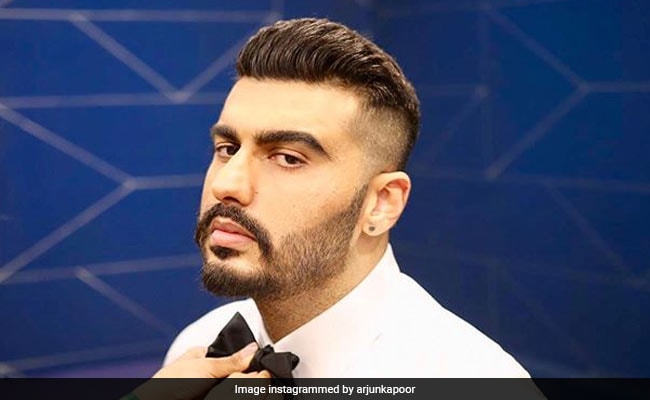 Mango season is officially here, with a number of varieties available all over the country. Mango lovers rejoice and savour the sweet, juicy summer delight in many recipes. Arjun Kapoor is also one self-confessed mango-lover as he has a soft corner for the king of fruits. He took to Instagram to dedicate an entire post to the much-loved mango, and also wrote a hilarious caption to go with it. Take a look at his post:

“Hello friends, mango season is here… aur aam dekh ke yaad aaya… @katrinakaif, would you like a SLICE ? #Mango #Summer #AamKiBaat,” he wrote in the caption of the post. The reference to Katrina Kaif in the context of ‘Slice’ was that she has been the brand ambassador for a mango juice brand. Arjun Kapoor poked fun at the actress, asking her if she would like a slice of the mango picture that he posted! “Yes pl I would like a few slices,” wrote back Katrina Kaif to much laughter on Instagram.

Arjun Kapoor has been trying his hand at baking and cooking occasionally at home while in quarantine. Take a look another one of his hilarious Instagram posts:

“I’m sure Maximus the real Gunda sang this song in his head cause it’s the first time he’s seen me the Fake Baker attempt anything in the kitchen !!! PS – (his hips really don’t lie),” wrote Arjun Kapoor sharing a cute video of himself in the kitchen with his pet dog. We hope to see more such glimpses of the actor’s foodie side!

Kadha For Immunity: This Chef-Special Recipe May Be Good For Boosting Immunity This Monsoon

Have You Seen Vicky Kaushal’s Desi Immunity-Boosting Potion Yet? See Pic Inside