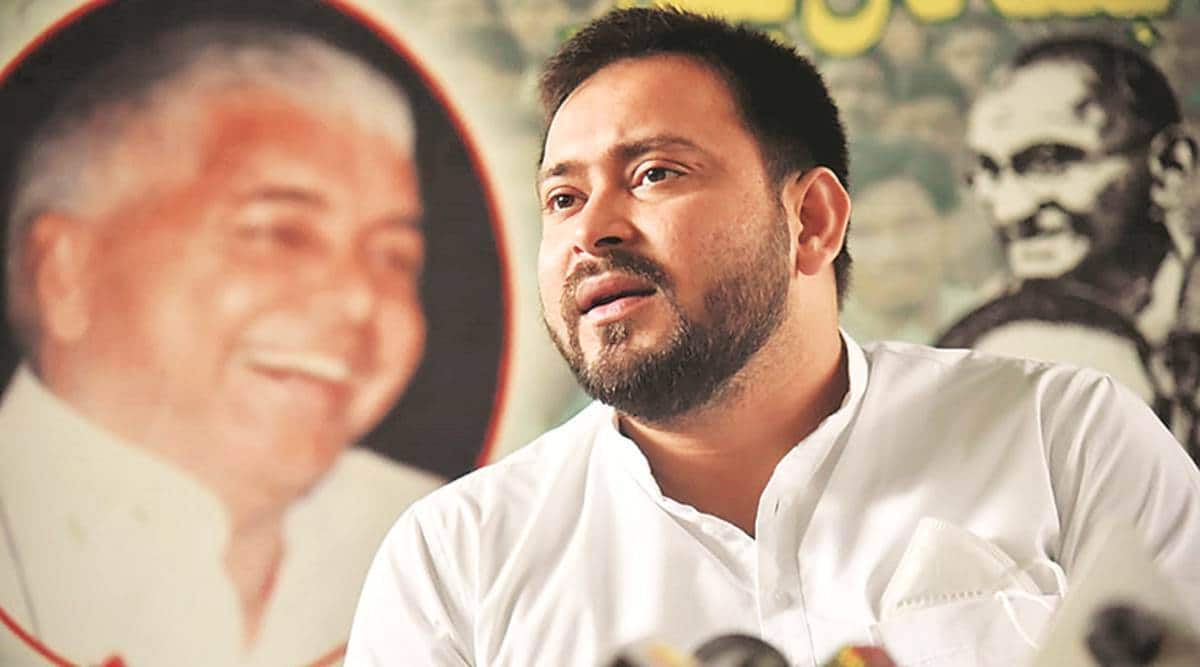 Ahead of the state Assembly elections later this month, the RJD-led opposition grand alliance in Bihar arrived at a seat-sharing deal, RJD leader and the party’s chief ministerial candidate Tejashwi Yadav announced Saturday.

The RJD will contest on 144 seats, while the Congress has been offered 70 seats and three Left parties have been allotted 29 seats. The CPI will contest on six seats, the CPI(M) on four, and the CPI(ML), which has three MLAs in the current House, is set to contest 19 seats.

The RJD that will contest 144 seats has left half-a-dozen seats to Mukesh Sahni’s Vikas-sheel Insaan Party (VIP). Two seats could be given to the Jharkhand Mukti Morcha (JMM). The RJD has 81 seats in the present Assembly.

“All components of UPA have decided to come together as coalition for the Bihar Assembly elections. Congress, RJD, CPI, CPM & Vikassheel Insaan Party will be part of this alliance under leadership of RJD. We want Bihar to prosper under Tejashwi Yadav,” the Congress said after the announcement.

The seat-sharing exercise gained pace after RJD supremo Lalu Prasad’s emissary Bhola Yadav returned to Patna
from Ranchi on Thursday with his message on the distribution of seats among different partners.

The NDA is yet to come out with the seat-sharing formula because of hard bargaining by Ram Vilas Paswan’s Lok Janshakti Party (LJP). The LJP has called a meeting of its Parliamentary board on Saturday to decide its next course of action.

Meanwhile, the BSP which is part of a three-party alliance headed by Upendra Kushwaha of RLSP, suffered a setback when its state unit president Bharat Bind quit and joined the RJD.

After being spurned by the NDA and discarded by the RJD-helmed mahagathbandhan, Kushwaha has forged an alliance with the BSP and a non-descript Janatantrik Party (Socialist) for the Bihar elections. BSP supremo Mayawati has also announced that her party would be supporting Kushwaha as the “Chief Ministerial” candidate.

The Bihar assembly elections would be held in three phases on October 28, November 3 and November 7, with the counting day on November 10.

Donald Trump has a coronavirus infection: What happens next?