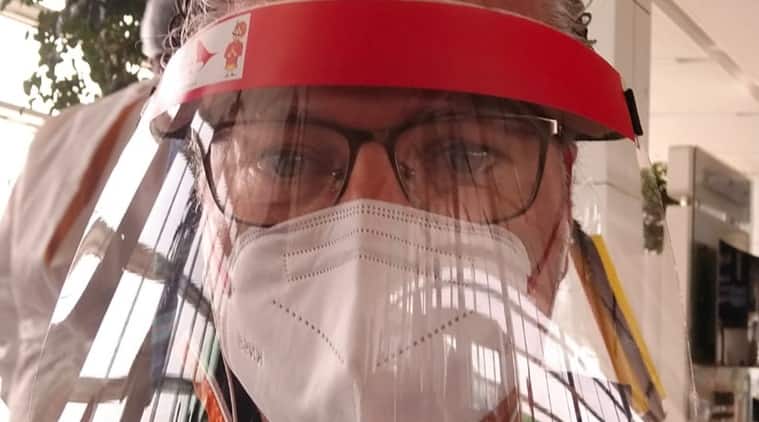 In February this year, Raffaele Bergamasco, Indian women’s boxing team’s foreign coach, was in his hometown of Assisi, Italy, for two weeks for a training camp for his charges. Simultaneously, the 49-year-old had to take his wife Morra Marianeve to hospital as she is a cancer patient and has been undergoing chemotherapy for the last two years.

Bergamasco had returned to India after the Olympic qualifiers before the nationwide lockdown came into effect on March 25. And it was only on Wednesday evening that the Italian left the country on an Air India special flight from Delhi to Rome under the Vande Bharat mission to be back in Italy with his wife, who has her last chemotherapy session on June 8.

“Both of us understand that coaching the Indian women’s team is a priority for us and I had planned to go back to Italy to be with my wife during her chemotherapy sessions for a week after 2-3 months of training the Indian team. But the lockdown in India meant that there was neither training nor any return flights. I had written to the Italian embassy last week and when the Indian government started special flights to Italy this week, I decided to return. My wife has been undergoing treatment for cancer for the last two years and it will be one of her last sessions. Right now, I am not sure about any return flight from Italy and will wait for any guidelines,” Bergamasco told The Indian Express from Italy.

While Italy has seen more than 2,34,000 patients of Covid-19 till now, the number of daily cases has come down from 5,000-6,000 to 300-400 this month. Assisi, which has a population of more than 20,000, has not seen a single positive case of Covid-19 and post his arrival there, Bergamasco will undergo a 20-day isolation at home as per the Italian government’s guidelines.

While the Sports Authority of India has opened its training centres in Patiala and Bengaluru, the Boxing Federation of India (BFI) has not taken any decision on resumption of training camps. Bergamasco, who was in Delhi since February, has been keeping track of Indian women boxers and believes full training will take some time.

“All the coaches have been talking with each other and also sharing inputs regarding smart working- out regimes and specific training routines with the Tokyo Olympics-qualified boxers and other pugilists at the national camp. I believe high- intensity competitive training can gradually return but we will have to wait for the situation to improve further in India.”

The flight from Delhi to Rome was an unusual experience for the coach. “During the flight yesterday, most of the passengers were officials and we were given full PPE kits and face masks followed by six checks of body temperature. There was a bit of fear but we understand that with all the precautions, we can maintain safety. I also sent my picture wearing a face mask to my trainees and they all understand the importance of such measures,” he added.

“While most of the universities and offices are closed, Assisi has not seen a single case yet. My daughters Ida and Francesca too have been spending time at home. Our government has done a good job and I am happy that the number of cases has reduced. But until the world has recovered, I will always be worried,” said the Italian.

BFI secretary general Jay Kowli believes the foreign coach needed to be with his family in such times. “We all knew about his wife’s cancer since last two years and we understand that he needed to be with her post her recovery. We still are finalising about the training of our boxers as their safety is paramount for us. Raffaele has been talking with them daily and we hope he can return when the special flights resume from Italy,” said Kowli.

Australia vs India 2nd Test Stats: India’s first and only Test victory in 2020

Growing up on rugby circuit, how Daryl Mitchell became a world class cricketer