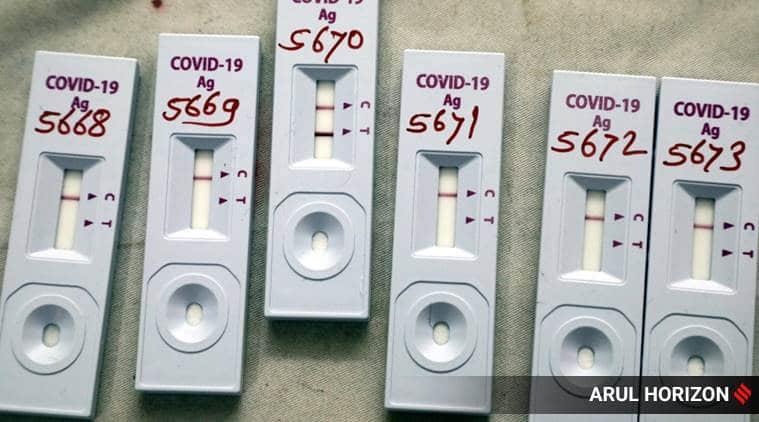 
According to the Indian Council of Medical Research, a cumulative 6,24,54,254 Covid samples have been tested up to September 18.

The Brazilian military wrapped up on Monday a three-week operation that provided medical care to the Amazon’s Guajajara tribe hit by COVID-19, in response to criticism that Brazil was not protecting vulnerable indigenous people from the pandemic.

Guajajara leaders praised the armed forces for air lifting doctors and nurses to do rapid COVID-19 tests and examine for other diseases, but criticized the government’s indigenous health service SESAI for not protecting them against the novel coronavirus.

The Defense Ministry said its doctors did 37,000 checkups since Sept. 24 and supplied 39 tonnes of medicine, food and protective equipment to the Guajajara, a tribe that lives on several reservations in the rainforest of Maranhão state. The Guajajara are best known for warrior teams dubbed the “guardians of the forest” set up to stop illegal loggers from invading their lands in growing numbers since environmental controls were relaxed by far-right President Jair Bolsonaro.

Indigenous and human rights groups such as the Indigenous Missionary Council (Cimi) and Human Rights Watch have criticized the government for reducing the SESAI’s scope and ignoring the plight of indigenous people in the face of the pandemic. There have been 447 deaths from COVID-19 so far among Brazil’s 800,000 indigenous people, according to SESAI, which only provides healthcare to those living on reservations.

Another 388 have died off reservation in urban areas, according to the main indigenous umbrella organization APIB. SESAI director Robson Santos told reporters the lethality rate for COVID-19 cases among Brazil’s indigenous people had turned out to be much lower than expected, at 1.5%.The country’s total death toll reached 146,352 on Sunday and
it had 4,915,289 confirmed cases.On Sunday, military helicopters flew in general practice doctors as well as gynecologists and even veterinarians to Morro Branco village, where three people have died from COVD-19,
including a man who was buried on Saturday.

Ythai Guajajara, a tribal spokeswoman, thanked the military for helping at such a critical time but said her people needed more access to healthcare than they were getting. Carlos Travassos, a former head of isolated tribes at the
government’s indigenous affairs agency Funai, said the medical outreach was a media operation to show that the government was fighting COVID-19 among indigenous communities.” This was just for Englishmen to see,” he said, using a Brazilian expression for doing things for the sake of appearances.

Wuhan’s Covid cases may have been 10 times higher: Study

US Capitol attack commission advances in Congress, but Republicans resist