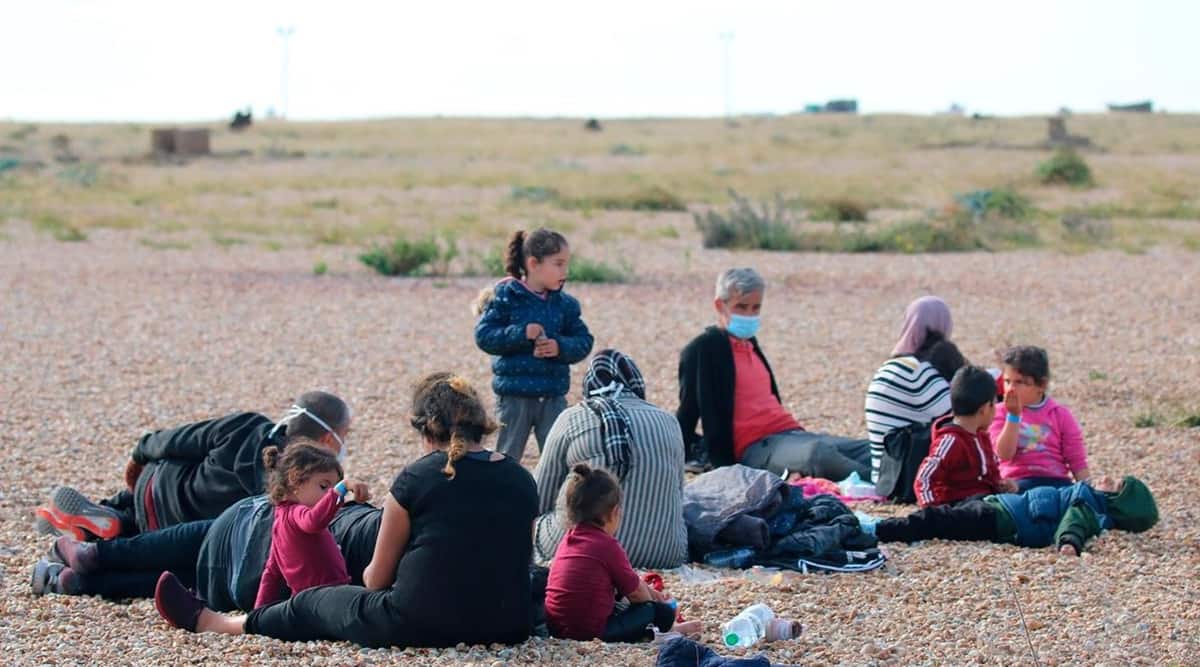 
A group of migrants rest on the beach as they wait for UK Border Force officials at Dungeness, southern England. (AP)

The British government will routinely deny asylum to migrants who board boats to cross the English Channel or come to Britain through illegal routes, the Sunday Times reported.

Under new laws that will be unveiled by Britain’s interior minister Priti Patel on Sunday, the government will unveil its “fair borders bill,” outlining its plan of a two-tier system in which migrants are treated differently if they pay criminal gangs to help them come to Britain, the newspaper said.

New legal routes will be created for those who are at genuine risk of harm, and foreign criminals and asylum seekers who are not at risk will be deported, the report added.

“Currently, everybody that comes to our country and makes an asylum claim, they are treated the same, irrespective of the route through which they have entered our country – and that simply isn’t right,” Patel said in an interview with the London-based newspaper.

Earlier this week, the British government came under fire after media reports revealed it had studied housing asylum seekers on disused oil rigs, banishing them to camps in Moldova or Papua New Guinea, or building floating walls in the sea to keep them out.

Gunmen kill at least 20 in attack in northwest Nigeria

Taiwan boy dies after being repeatedly slammed in judo class