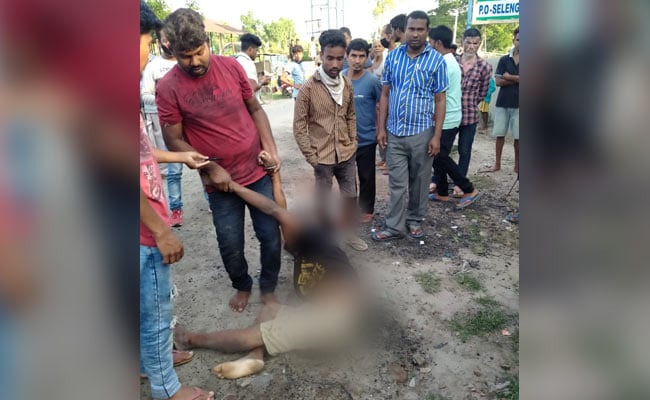 Assam, Jorhat: Mob of 50 allegedly attacked, killed one man and left another with severe injuries

In a tragic incident on Saturday, a mob of around 50 people attacked two young men in Assam’s Jorhat district after the duo, who were on a two-wheeler returning from a day trip amid the coronavirus lockdown, hit two women near a tea garden.

Debashish Gogoi, 23, died from injuries sustained in the attack, which took place near the town of Mariani, while his friend, Aditya Das, survived and was taken to hospital with severe injuries. The two women did not receive any major injuries.

The two made a brief visit to Gabhoru Parbat, a popular tourist site, the police said, before they were attacked near the Gabhuro Pahar Tea Factory.

Locals said the mob gathered almost immediately after the men “slightly” hit the women and started assaulting them without any discussion, cause or confrontation.

“The mob turned so brutal that it did not even stop beating the youth even when Debashish’s father and sisters rushed in and tried to talk,” a police official said.

By the time the fury of the mob abated and Mr Gogoi’s family were allowed to take him and his friend to a hospital in Jorhat, it was too late for him.

“By the time we reached, the parents had already taken the two youths to the hospital and the crowd has been dispersed,” a police officer attached to the Deberpara Police Outpost, the nearest to the incident, said.

“Four have been arrested in connection with this incident and investigations are ongoing,” the police officer added.

The shocking incident brings back painful memories of Abhijit Nath and Nilotpal Das, who were killed by a mob on suspicion of kidnapping children in June two years ago.

It also brings back memories of Jhankar Saikia, who was beaten to death by a mob of auto rickshaw drivers in Karbi Anglong district’s Diphu in July 2013.