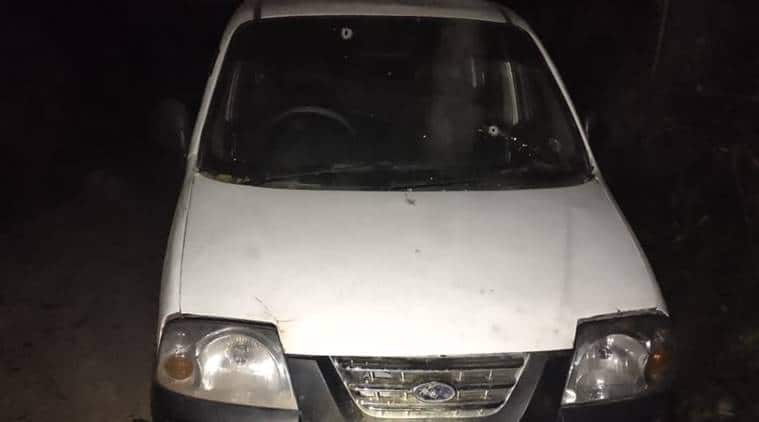 
The car used to carry the explosives in Pulwama. (Source: ANI)

A private vehicle rigged with improvised explosives was recovered in South Kashmir’s in Pulwama district, security officials said on Thursday.

“The person driving the car escaped from the area, leaving the car behind… the security forces recovered huge quantity of explosives and, subsequently, it was destroyed,” said the officer. The registration plate of the car was found to be fake.

#WATCH J&K: In-situ explosion of the vehicle, which was carrying IED, by Police in Pulwama.

Major incident of vehicle-borne IED explosion was averted by Police, CRPF & Army after Pulwama Police got credible info last night that a terrorist was moving with an explosive-laden car pic.twitter.com/UnUHSYB07C

A CRPF spokesperson said that troops of 182 Bn, 183 Bn, CRPF, special operation group of JK Police and Army was involved in the operation. “Explosives destroyed by the combined BDDS Team during night hours,” the spokesperson added.