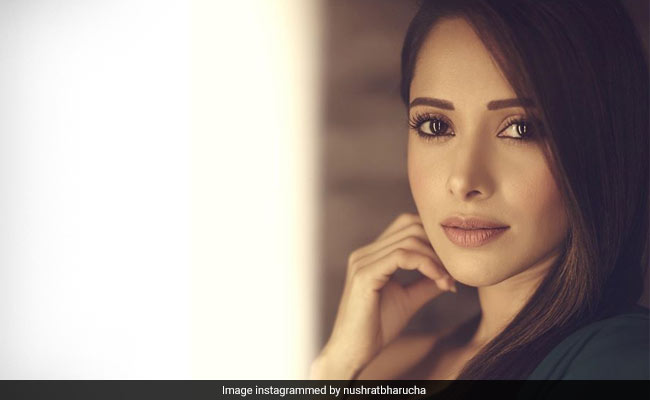 Nushrat Bharucha is all set to venture into the horror genre with her new film Chhori. The actress announced her new project on social media on Thursday. Chhori is the Hindi remake of the Marathi horror-mystery Lapachhapi, which starred Pooja Sawant and Vikram Gaikwad. Vishal Furia, who directed the original film, will helm the Hindi remake as well. The remake will be backed by Indian production company Abundantia Entertainment and international production house Crypt TV. Announcing her collaboration with Vishal Furia, Nushrat Bharucha wrote: “Thrilled to announce my next film, #Chhori – Something shockingly scary is coming your way! Excited to work with Abundantia Entertainment, Crypt TV, Jack Davis and with the amazing Vishal Furia.” Take a look:

Vikram Malhotra will represent Abundantia Entertainment while Jack Davis will produce Chhori on behalf of Crypt TV. The original film, Lapachhapi, is said to be one of the best Marathi horror films. It showcased the story of a couple living in a haunted house.

Taking about the film, Nushrat said in a statement: “This genre excites me and the fact that the story is anchored in practices of our society, makes it relatable and impactful. I have wanted to work with Vishal Furia and I am so glad we’ve finally collaborated,” reported news agency PTI.

Nushrat Bharucha made her debut in Bollywood with the 2009 film Kal Kissne Dekha. Post that, she went on to feature in films such as Pyaar Ka Punchnama 2, Sonu Ke Titu Ki Sweety and Dream Girl. Nushrat Bharucha will next be seen in Hansal Mehta’s Chhalaang, in which she will share screen space with Rajkummar Rao. The film was earlier titled Turram Khan. Chhalaang will open in theatres on June 12 this year.

Indian Cooking Tips: Give Your Classic Samosa A Healthy Spin By Baking It (Recipe Inside)