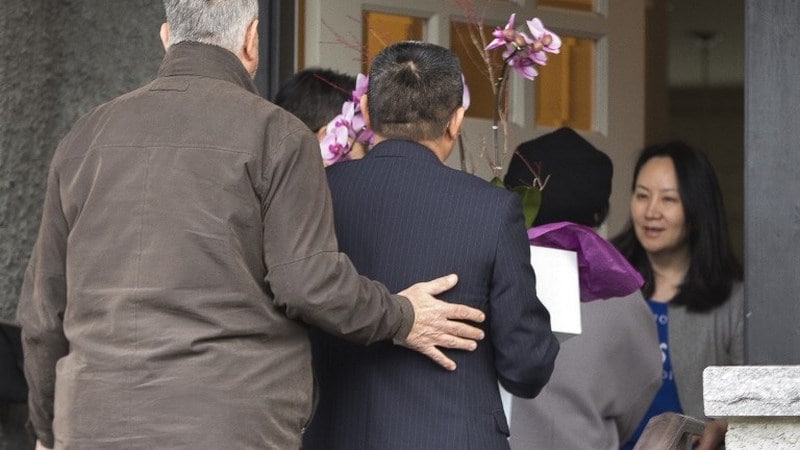 China has asked the Canadian government to release telecom company Huawei’s chief financial officer Meng Wanzhou ahead of a court ruling on the Chinese executive’s extradition to the US on Wednesday.

Meng, 48, who is deputy chair of the Chinese company’s board and daughter of its founder Ren Zhengfei, was detained in Vancouver in December 2018 on the US’s charges of bank fraud.

She is also accused of misleading investment bank HSBC Holdings of her company’s dealings with the Iran government, which the US had sanctioned. Meng is fighting extradition to the US.

Meng’s arrest had stunned China, considering the iconic status of Huawei which is the Asian powerhouse’s largest private company.

The US has banned using Huawei products and technology in its telecom network — citing safety concerns.

On paper, they were accused of harming China’s national security. China had also stopped some key Canadian imports.

The British Columbia Supreme Court, which has heard Meng’s extradition case will give its ruling on Wednesday. The court will decide whether what Meng is accused of in the United States would be a crime in Canada.

Her arrest was based on the extradition treaty between the US and Canada.

Asked about China’s expectations ahead of the ruling, Foreign Ministry spokesman Zhao Lijian told media persons on Tuesday the US and Canada abused their bilateral extradition treaty and arbitrarily took compulsory measures against the Chinese citizen without cause.

“This is a serious political incident that grossly violates the interests and rights of the Chinese citizen,” he said.

“We urge Canada to take China’s position and concerns seriously (to) release Meng and her safe return to China at an early date to avoid more damage caused to China-Canada relations,” he said.

Huawei’s lawyers have argued that Meng’s case is politically motivated aimed at securing a trade deal and slow the company”s efforts to roll out the 5G telecom technology.

At the time of Meng’s arrest, the US and China were engaged in a bruising trade war over widening trade gap. The two countries in the beginning of the year signed phase-1 of a trade deal.

Asked whether China would release the two detained Canadians, Zhao said they have been “engaging in activities endangering our national security”.

“Our judicial organs deal with the case independently according to the law and protect the rights of the Canadians. We urge Canada to earnestly respect China’s judicial sovereignty and stop making irresponsible remarks.

The rights of the two Canadians are lawfully guaranteed and protected,” he said.

Like Loading...
Tags: Canada,canada and china,China,china demands huawei cfos release ahead of canadian courts ruling on her extradition to the us meng wanzhou,huawei,huawei cfo,huawei cfo arrested,us-china
Preview post

The Last of Us: Part II Launches on PlayStation 4 With a 77GB Download