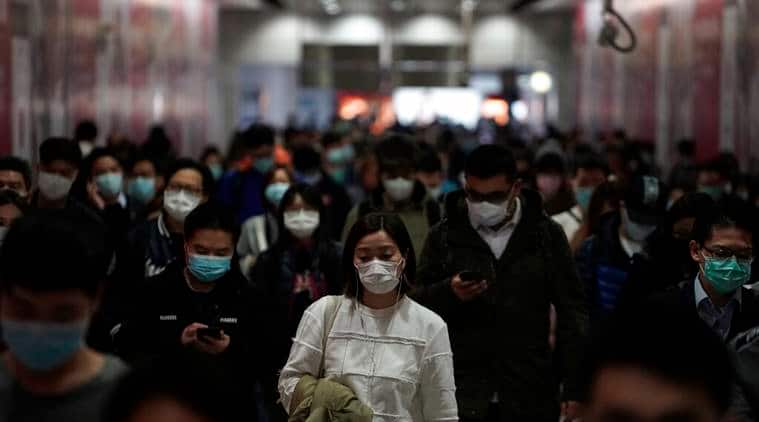 
Pro-democracy activists had said they feared “the end of Hong Kong” if China brought the new security law. (AP)

China on Friday introduced the draft of a controversial national security law in Hong Kong in its parliament to tighten Beijing’s control over the former British colony, in what could be the biggest blow to the territory’s autonomy and personal freedoms since 1997 when it came under the Chinese rule.

The draft bill on establishing and improving the legal system and enforcement mechanisms for the Hong Kong Special Administrative Region (HKSAR) to safeguard national security was submitted to the National People’s Congress (NPC) which began its week-long session here.

The new law would proscribe secessionist and subversive activity as well as foreign interference and terrorism in the city – all developments that had been troubling Beijing for some time, but most pressingly over the past year of increasingly violent anti-government protests, Hong Kong-based South China Morning Post reported.

The move is also significant in that China’s central government appears to have all but given up hope that Hong Kong’s administration will succeed at passing local legislation on such a law, amid a hostile political environment and deeply divided city, the report said.

Pro-democracy activists had said they feared “the end of Hong Kong” if China brought the new security law.

The bill which is set to be approved by the NPC, regarded as the rubber-stamp parliament for its routine approval of proposals by the ruling Communist Party of China (CPC), comes in the backdrop of relentless agitation by the local Hong Kong people demanding political and administrative autonomy agreed by China when it took possession of the former British colony on July 1, 1997.

While the seven-month-long agitation last year in which millions took part subsided during the coronavirus crisis from January to April, protestors returned to streets this month, with the pro-autonomy and pro-freedom legislators grappling with the security officials in local legislature protesting against the curbs. Wang Chen, vice chairman of the Standing Committee of the NPC, said since the return of Hong Kong, China has been firmly implementing the principles of “one country, two systems,” “the people of Hong Kong governing Hong Kong,” and a high degree of autonomy.

The practice of “one country, two systems” has achieved unprecedented success in Hong Kong, according to an explanatory document delivered by Wang, state-run Xinhua news agency reported.

But the increasingly notable national security risks in the HKSAR have become a prominent problem, the document says, citing activities that have seriously challenged the bottom line of the “one country, two systems” principle, harmed the rule of law, and threatened national sovereignty, security and development interests. Law-based and forceful measures must be taken to prevent, stop and punish such activities, the document said.

This is the end of Hong Kong.” His colleague Tanya Chan added that this was the “saddest day in Hong Kong history”. Student activist and politician Joshua Wong tweeted that the move was an attempt by Beijing to “silence Hong Kongers’ critical voices with force and fear”.

What makes the situation so incendiary is that Beijing can simply bypass Hong Kong’s elected legislators and impose the changes, a BBC report said. China can place them into Annex III of the Basic Law, which covers national laws that must then be implemented in Hong Kong – either by legislation, or decree.

Pro-democracy activists fear the law will be used to muzzle protests in defiance of the freedoms enshrined in the Basic Law, as similar laws in China are used to silence opposition to the Communist Party. Meanwhile, the US state department said that “any effort to impose national security legislation that does not reflect the will of the people of Hong Kong would be highly destabilising, and would be met with strong condemnation”.

President Donald Trump has said the US would react strongly if China followed through with its proposals, without giving details, the BBC reported.

Social isolation increases the risk of heart attacks, strokes, and death from all causes

Men have 30% higher risk of dying from COVID-19 than women: Study