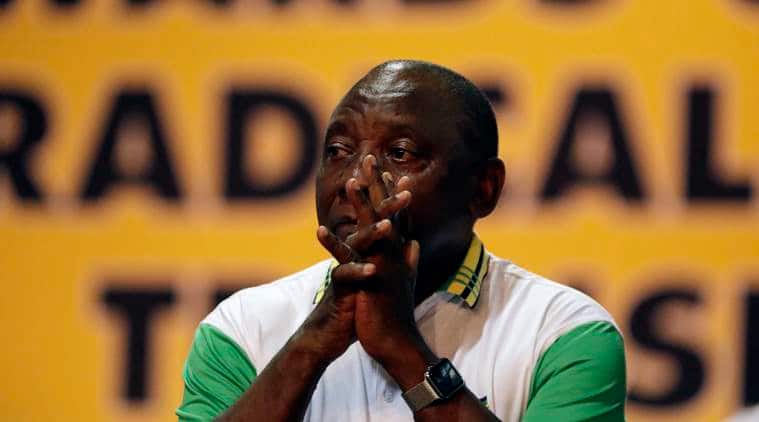 South African President Cyril Ramaphosa has announced an extension of the country’s national state of disaster till August 15 as the number of COVID-19 cases has increased exponentially in the country.

Ramaphosa also announced an immediate curfew from 9 pm to 4 am daily and reintroduced a ban on the sale and distribution of alcohol to reduce the strain on medical facilities.

Family visits and social visits will also not be permitted.

But there will not be an upward change from the current level three in the five-level strategic plan to fight the pandemic because of the disastrous economic impact this would have on the country.

Ramaphosa said there were now 2,76,242 confirmed COVID-19 cases in South Africa and 4,079 deaths due to the disease, a quarter of those in the last week alone.

An average of 12,000 cases were now being reported daily, the president said, as he lamented the disregard which many citizens were showing for the preventive measures of wearing masks and maintaining social distancing.

“There are some among us who continue to ignore the (lockdown) regulations. They also act without any responsibility to respect and protect others.

“In the midst of our efforts to fight this virus, there are a number of people who have taken to organising parties, who have drinking sprees and some who walk around in crowded places without the protection of masks,” Ramaphosa said.

He said although funerals were restricted to 50 people, there was information about more than 1,000 people at funerals, further spreading the virus.

“This is how the virus is spread, through carelessness and recklessness.

“The crisis is upon us. This moment of crisis in our country requires that we mobilise society on a massive scale to combat this pandemic,” Ramaphosa said.

“I know that this places a great burden on families and individuals and can place great emotional strain, especially on those with elderly parents.

“It goes against our very nature as social beings, but it is a hardship that we must endure for that much longer to protect those that we love and those that we care for from this disease,” the president said.

He also announced several plans to strengthen the fight against the pandemic.

These include a turnaround time of 48 hours for COVID-19 tests, increased number of beds in hospitals, diversion of oxygen supplies from non-essential purposes and rapid creation of ventilators by diverse South African organisations, including steel and motor vehicle manufacturing plants.

Ramaphosa conceded that the capacity in some provinces was under great strain, despite the preparations that the lockdown had allowed.

Acknowledging that there was a shortfall of 12,000 workers, mainly doctors, nurses and physiotherapists, he commended the medical students who had volunteered to assist in hospitals.

“We are not helpless in the face of this storm,” the president said, as he referred to projections by scientists that there would be 40,000 to 50,000 deaths in South Africa before the end of the year.

“We must make it our single most important task to prove these projections wrong. Through our own actions as individuals, as families, as communities, we can and we must change the course of this pandemic in our country,” Ramaphosa said.

The ban on alcohol was lifted, with restricted sales hours, when the country moved to level three on June 1 after it was completely prohibited since the start of the national lockdown in March.

But alcohol-related accidents and violence have put a strain on the hospital facilities that are desperately required for COVID-19 patients.

Rallies in Atlanta, nation against hate after spa shootings

What’s next for Trump voters who believe the election was stolen?