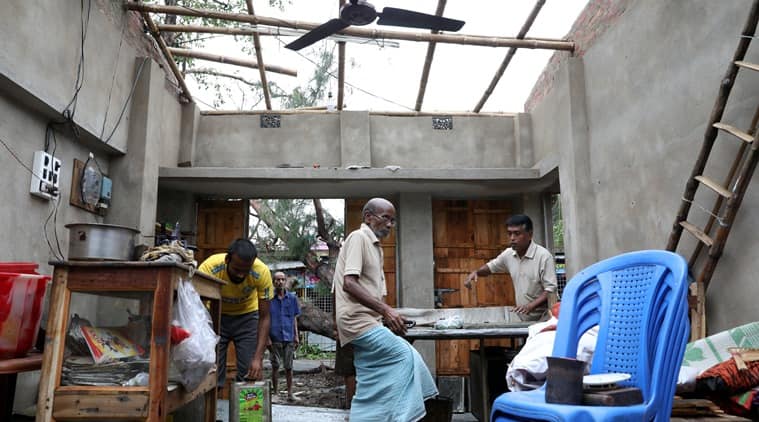 Cyclone Amphan made landfall in coastal areas of West Bengal at around 2.30 pm on Wednesday,The cyclone hit Bengal and Odisha when the two states are already struggling to fight the transmission of the novel coronavirus.

After living without electricity and water supply for over 48 hours since cyclone Amphan wreaked havoc in the state, residents started protesting in several areas of Kolkata. The protest first broke out in Jadavpur area where residents took to the streets demanding restoration of power and water supply.

According to Kolkata Municipal Corporation (KMC) officials, water supply could not be restored in some areas as there was no electricity. So, even in places where water supply was available, residents in high-rises could not pump up water in their buildings due to lack of power.

Meanwhile, several roads were blocked for traffic movement across the city as work to cut the fallen trees is yet to begin. In most of the roads, trees were uprooted due to the impact of cyclone Amphan on Wednesday. Even two days after the disaster, uprooted trees continue to remain on the streets in most of the places, including Alipore, New Aipore, Maidan, Ballygunge, Golf Green, Bhowanipore, Tollygunge, Gariahat, Salt Lake and on major roads in North Kolkata.

Never Said COVID-19 Cases Will Be Zero By May 16: NITI Aayog Member