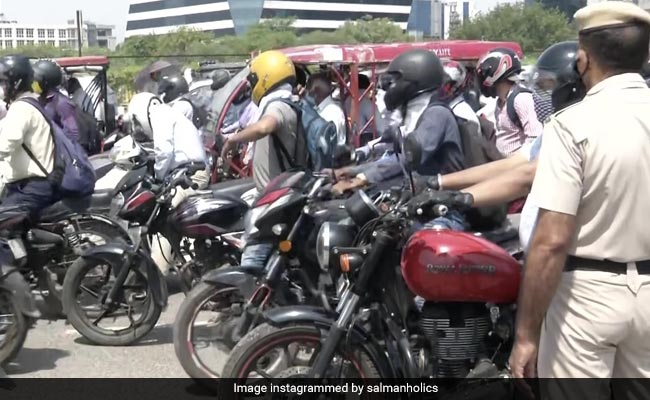 The Supreme Court has given a week’s time to Delhi, Uttar Pradesh and Haryana to decide on a common policy for inter-state movement in Delhi and the National Capital Area (NCR). The top court has also directed the centre to call a meeting of the three states and decide on a common portal.

Delhi sealed its borders for a week on Monday amid a worrying surge in coronavirus cases. The sealing order came hours after Haryana opened Gurgaon-Delhi borders in line with the revised lockdown guidelines issued by the centre, which said non-essential inter-state movement of vehicles would now be allowed without e-passes or special permits.

Uttar Pradesh’s Noida, which also shares a border with Delhi, had sealed all routes in April in an attempt to stop the COVID-19 virus from spreading. On Sunday, the Noida administration confirmed the border would remain closed till further notice, stating that 42 per cent of cases in the area had been tracked back to Delhi.

Have battled suicidal thoughts, depression: Robin Uthappa opens up on life and cricket