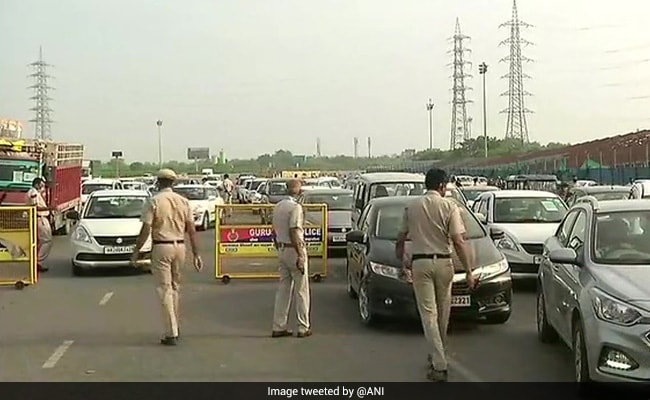 The Haryana government which had allowed free movement of people from Delhi after the fourth phase of the coronavirus lockdown appeared on Tuesday to be having second thoughts after the national capital ordered sealing of its borders.

Responding to media persons on the issue, Chief Minister Manohar Lal Khattar said the decision holds weight as strictness was needed on the Delhi-Haryana border.

“The Ministry of Home Affairs has given guidelines that all inter-state borders should be opened. We also decided to open these. But later Delhi said the borders should not be opened for now,” Mr Khattar, who was addressing a virtual press conference, said.

“Our borders were already closed but when the Delhi government said these should not be opened, we felt what they are saying holds weight. Strictness should be there for now along the Delhi-Haryana border,” he added.

The Chief Minister said they will talk to the Delhi government as a consensus should be there on inter-state issues.

“The MHA has said these borders should be opened but if the states want to make some provisions at their end, they can do so,” he said.

“With other states, our borders are open. There is no difficulty,” Mr Khattar said.

The Haryana government on Sunday had issued fresh guidelines for the next phase of the coronavirus lockdown, opening its borders with Delhi and other states.

Earlier, the state had sealed its borders with Delhi, citing a rise in the number of infection cases in districts adjoining the national capital.

On Monday, the Arvind Kejriwal-led AAP government ordered the sealing of the Delhi borders for a week in the wake of rising coronavirus cases.