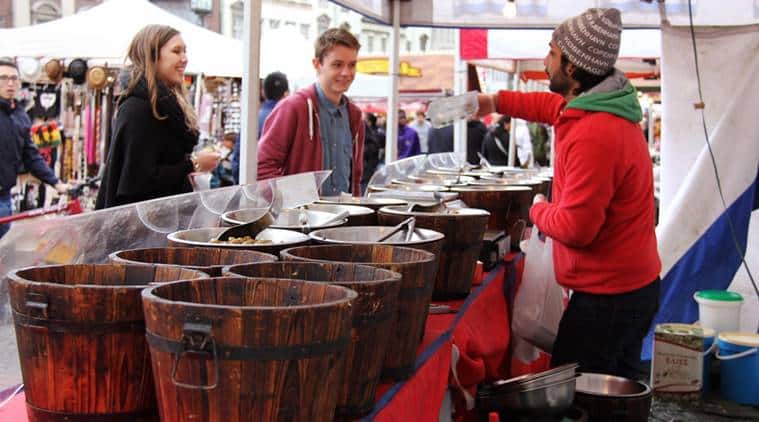 The Danish government is expected to present more comprehensive guidelines for tourists by the end of the week.

Danish officials eased coronavirus restrictions for travelers from other Scandinavian countries and Germany, providing they are visiting the country for a legitimate “purpose,” authorities said on Monday.

The new regulations allow entry for people seeking to reunite with their spouse or fiancee in the Scandinavian country. The easing also applies to other romantic couples who had been in a relationship for at least six months.

However, the partner who is attempting to cross the border would be required to present evidence of the relationship and its duration.

“They can bring along a photo or a love letter,” deputy police chief Allan Dalager Clausen told Danish broadcaster DR.

“I realize these are very intimate things, but the decision to let in the partner ultimately rests on the judgment of the individual police officer,” he added.

Later, the government said that within a couple of days, partners of residents of Denmark living across one of its borders would be asked to produce a written declaration to be granted entry.

“If you say, you are in a relationship and put it in writing, that is enough,” Justice Minister Nick Haekkerup told local broadcaster TV2.

Online relationships do not count

The police would also acknowledge text messages or personal information as evidence. Notably, the partners would need to prove they had regular in-person meetings before the crisis, as relationships which consisted “solely of written or telephone correspondence” would not be recognized “in the context of the current entry restrictions,” Danish authorities said. They added it was up to the visitor to decide what information he would present to border officials.

Some opposition lawmakers slammed the new procedure over privacy concerns.

“I’ve never heard of a country where entry requires the showing of intimate texts or photos from a partner,” said Kristian Hegaard of the Social-Liberal Party. “We finally allowed couples to visit each other, but did not abolish the right of privacy.”

Under the rules that went into force on Monday, grandparents would also be allowed to enter Denmark to visit their grandchildren.

The list also includes students attending Danish colleges, people who travel to receive medical treatment, attend a funeral, or appear in a trial. Also, tourists would be allowed to cross the border if they have a holiday home in Denmark and intend to spend time there, while those seeking to vacation in a rented property or a hotel would be turned away.

The Danish government is expected to present more comprehensive guidelines for tourists by the end of the week.

Pelosi urges Trump to ‘ask for directions’ on virus crisis