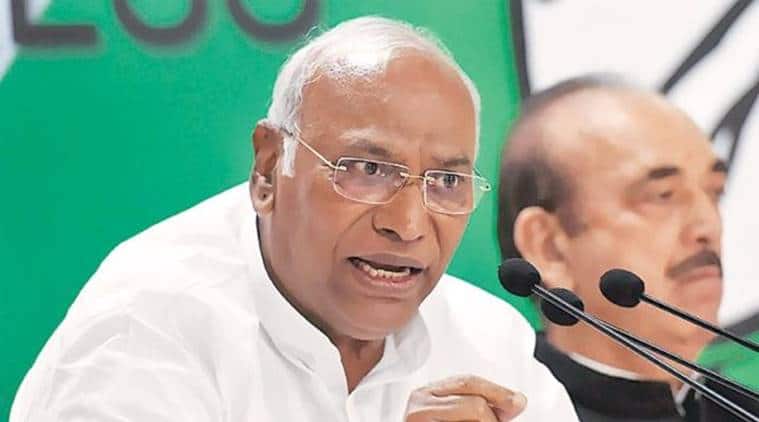 
Both Mallikarjun Kharge (in pic) and H D Devegowda had lost the 2019 Lok Sabha Elections. (File)

All four candidates, whose nominations were validated by the Election Commission, were elected unanimously to the Rajya Sabha from Karnataka on Friday.

Returning Officer M S Vishalakshi announced the result a week prior to the polling day scheduled by the EC, as the number of valid nominations did not exceed the vacancies in the Rajya Sabha from the state.

Both Gowda and Kharge had faced defeat in the Lok Sabha Elections held in 2019 from Tumkur and Gulbarga seats, respectively.

While this is the second entry for Deve Gowda to the Upper House, it can be recalled that he became the Prime Minister when he did so for the first time in 1996.

Kharge, who is 77 years old, had faced his first electoral defeat last year in his political career spanning more than four decades.

Meanwhile, Iranna Kadadi (54), a member of the dominant Lingayat community from Belagavi, and Ashok Gasti (55), a backward class leader from the Ballari region, are former ABVP workers who have been associated with the BJP for over three decades. They were considered to be recommended by BJP national organising secretary B L Santhosh on account of their grassroots experience.

The elections were announced to find replacements for Rajeev Gowda, B K Hariprasad (both from Congress), Prabhakar Kore (BJP), and D Kupendra Reddy (JDS) whose term is scheduled to end on June 25.

Stigma prevalent toward sex workers and people who inject drugs, according to new study