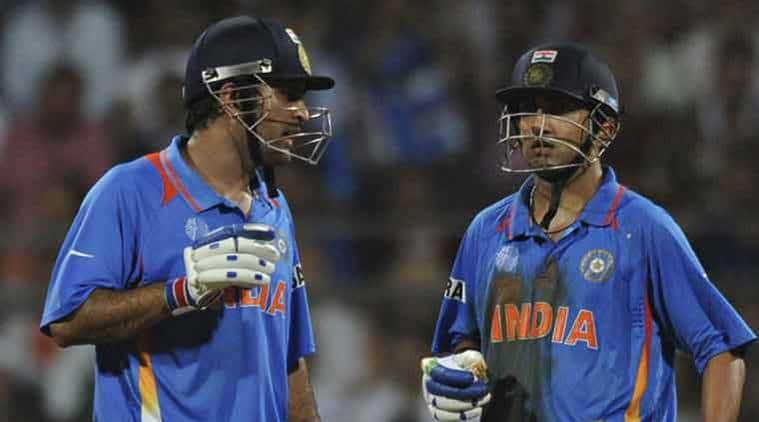 Former India opener Gautam Gambhir called former skipper MS Dhoni ‘lucky’ for having a brilliant team under him that helped him and the men in blue to two ICC World Cups titles, one ICC Champions Trophy and also the number one ranking in Test cricket.

Giving credit for Dhoni’s success to Sourav Ganguly, Gambhir said that Dhoni reaped benefits of the current BCCI president’s hard work. Speaking on Star Sports Show Cricket Connected, Gambhir said, “Dhoni has been a very lucky captain because he got an amazing team in every format.”

“Captaining 2011 World Cup team was very easy for Dhoni because we had players like Sachin (Tendulkar), (Virender) Sehwag, myself, Yuvraj (Singh), Yusuf (Pathan), Virat (Kohli) so he had got the best teams,” Gambhir said. “Ganguly had to work very hard for it, and as a result Dhoni won so many trophies.”

“The reason Dhoni became such a successful captain in Test cricket is because of Zaheer Khan. He was a big blessing that Dhoni got, for which credit goes to Ganguly. According to me, Zaheer has been India’s best world class bowler,” he added.

What if @msdhoni was your roommate?

“We were roommates for more than a month and all we used to talk about was ‘hair’ because he had long hair back then. We talked about how he would maintain his hair and all that stuff. I remember us sleeping on the floor once because we had a very small room and we discussed how to make it bigger. So we removed the beds out of the room and we both were sleeping on the floor,” said Gambhir.

The stylish left-hander had scored 97 while Dhoni, who had promoted himself to No 4, smashed an unbeaten 91 as India won by six wickets in the 2011 World Cup final at the Wankhede Stadium against Sri Lanka.