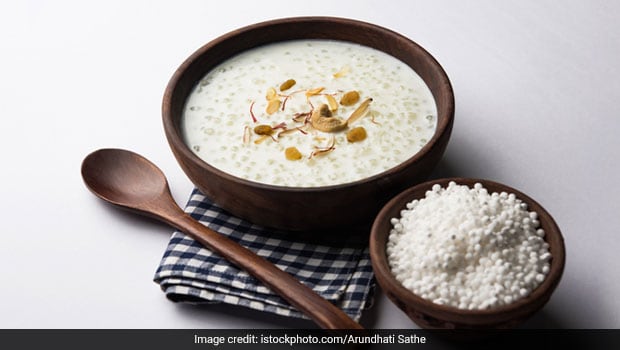 Sago curd rice is a wonderful recipe for summer.

There are days when we want to prepare an elaborate meal complete with three courses and dessert. There are others when all we want to do is whip up a quick lunch with minimal effort which will sustain us through the day. It is for such days that a sago curd rice recipe has been invented. Jokes apart, the sago curd rice is truly a delight to savour on summer days when you just don’t want to cook in front of a hot gas stove.

Sago is one of the great energy sources in the vegetarian diet. Just 100 grams of sago or Sabudana contains 332 calories which can power you through the day. This is also the reason why it is used in making many interesting recipes during the fasting months for Hindu festivals. Moreover, Sago is also naturally enriched with zinc, fibre and calcium which are essential micronutrients for the human body.

(Also Read: Beyond Cereals: Sabudana, the Healthy Carb and How to Cook it)

This humble ingredient is used for a number of vrat-preparations such as tikki, vada or even a chewy sabudana khichdi. Sabudana papad is also a crispy delight relished by all. Sago pearls are also used in bubble tea, which is a global rage, and is soon to get its own emoji too. For the sago curd rice recipe, there is barely any cooking involved as they are simply soaked in water for a couple of hours. After that, the sago is boiled for a couple of minutes and mixed with curd and milk. The sago curd is then flavoured with a spicy tempering made with ingredients such as mustard seeds, ginger and hing.

Disability sector 'not surprised' by death

High-Protein Diet: Make Your Sabudana Khichdi Protein-Rich With This Recipe

On A Weight-Loss Diet? Try This Three-Step Sprouts Salad Recipe With A Secret Desi Dressing

Bajra Roti And Lahsun Ki Chutney: Have You Tried This Hit Rajasthani Breakfast Yet?