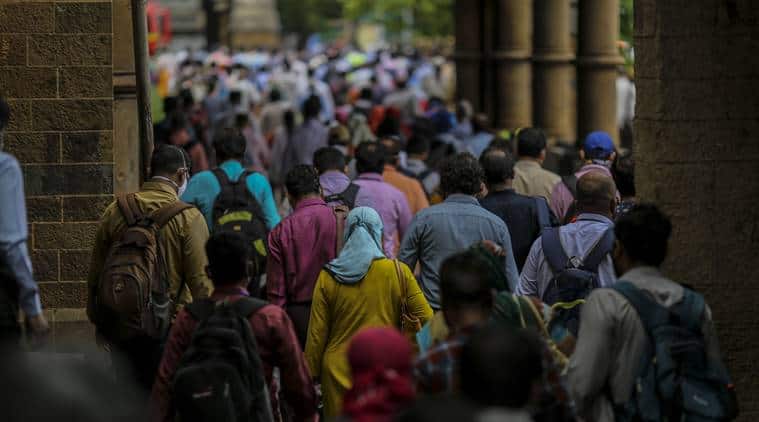 Hotter temperatures by 2100 could slash global GDP by more than 20%, according to new research, and the way the economic impact will be distributed threatens to turn climate change into an enormous driver of worldwide inequality.

A new analysis of the relationship between heat and economic performance released this week by Oxford Economics, a global forecasting firm, identified a divide between nations on either side of 15° Celsius (59° Fahrenheit), the “global sweet spot” for economic activity. A country whose average annual temperatures today are cooler than 15° C, including those in North America and Europe, stand to benefit slightly in the short term from rising temperatures. Tropical and subtropical countries whose average temperatures are already warmer than 15° C today, including the entire global South, face catastrophic economic degradation.

India is singled out by Oxford Economics as following a particularly ruinous trajectory, with GDP falling 90% by 2100 if countries don’t improve current policies. The grim forecast relies on capturing the historical relationship between GDP and temperature. Once established, researchers use climate projections for the rest of the century to produce GDP estimates. The paper assumes an emissions trajectory that could raise global average temperatures by 3°C before 2100 without more aggressive efforts to stop it.

The new analysis is an independent update to a landmark 2015 study in the journal Nature that introduced the technique for projecting the economic impacts of a hotter world. The top-line result—a 21% global GDP hit by 2100—is in line with the original work. The updated research includes an additional decade of data and 40 more countries, bringing the total under analysis to 203. The original study has become influential tool, now that mainstream economists are building scientific projections of global warming into models of growth. The original 2015 study has gone on to inform the International Monetary Fund’s climate work and many others’.

Economists had long dismissed climate change as a future problem that remained decades away, said James Nixon, chief European economist at Oxford Economics and the author the new white paper. “Obviously, when you get into the literature, you realize that’s not quite the case,” he said. “Because we’re producing long-term forecasts for countries like India who are likely to be adversely affected by climate change, we need to find a way of quantifying and thinking about how much we should be writing down their forecast.”

Nixon produces estimates of “counterfactual” per-capita GDP—or what would have happened if the world hadn’t warmed 1.1°C above pre-industrial averages. In India, GDP might have been about 25% higher without warming that’s happened up to 2019; Nigeria’s economy would have seen GDP boosted by 35% without warming.

Climate economists have an unenviable job: Nixon describes his work as “trying to put a number on things that haven’t happened yet.” That draws a lot of criticism, with the complexity and uncertainty leaving projections open to dispute. Or, as the new Oxford Economics paper dryly puts it, “putting a number on the economic impact of global warming is extremely difficult.”

Nixon wanted to put it differently in his new paper: “The first sentence I had, before my editor took it out, was something like, ‘Putting a number on climate change is one of the most heroic things that economists can do.’”

US man to avoid jail over negative review of Thai resort