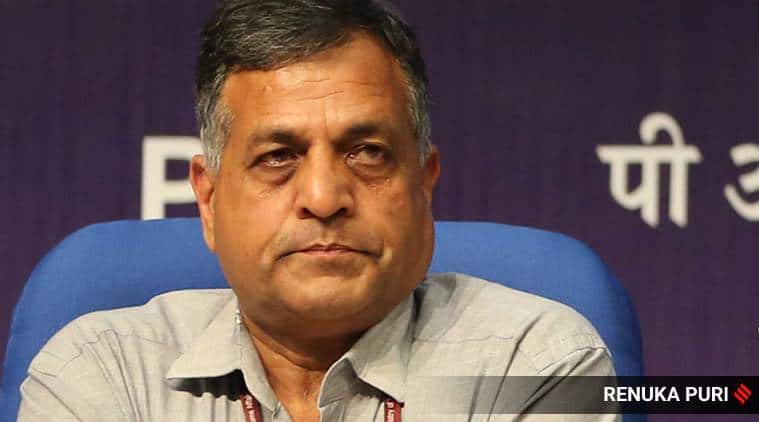 As CEC, he would have conducted Assembly elections in Uttar Pradesh, West Bengal, Uttarakhand, Punjab, Manipur and Goa, among other states. His premature exit — a second in the Election Commission’s history — puts his colleague Sushil Chandra next in the line of succession. In 1973, Chief Election Commissioner Nagender Singh had resigned before completing his term at the Election Commission to become a judge of the International Court of Justice.

According to sources, his appointment to the ADB was finalised with the concurrence of the union government. Lavasa did not wish to comment on the matter when contacted by The Indian Express on Wednesday. This newspaper could not confirm if he has resigned as Election Commissioner.

ADB appoints a vice president for a term of three years, which can be extended by another two years. The ADB president heads a management team comprising six vice presidents.

Lavasa will succeed vice president Diwakar Gupta, who is in charge of private sector operations, and public-private partnerships. Gupta completes his term on August 31.

Soon after the elections, three members of the Lavasa family including his wife came under the scanner of the Income Tax Department for alleged non-declaration of income and disproportionate assets. His son Abir Lavasa’s company (Nourish Organic) and Ashok Lavasa’s sister Shakuntala Lavasa, a paediatrician, were also served income tax notices. The family members have denied allegations made by the IT department.

Lavasa joined as Election Commissioner on January 23, 2018. He is a retired IAS officer of Haryana cadre (1980 batch). He retired as Finance Secretary and has also served as environment and civil aviation secretary. As joint secretary in the Department of Economic Affairs in 2001-02, he looked after matters pertaining to ADB.

Times editor resigns, saying she was harassed for her ideas

Encounter breaks out between militants, security forces in J&K’s Pulwama