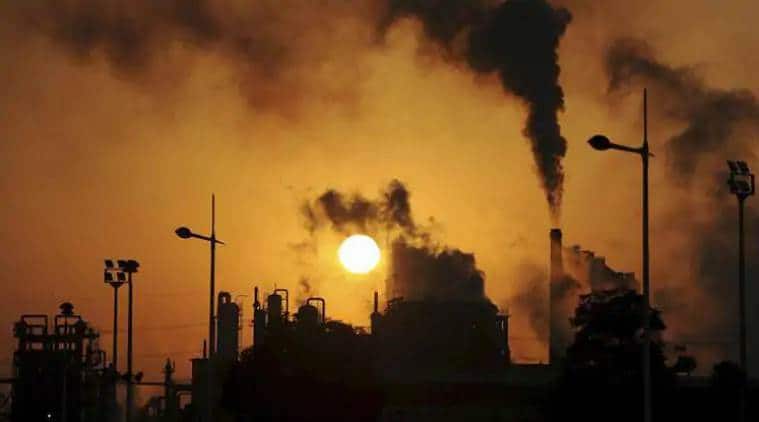 
European Union green deal: As the world grapples with the coronavirus pandemic, governments across the world are under pressure to balance the transition from managing a health crisis to charting out an economic recovery.

In a bid to rebuild their ailing economies and create jobs in the wake of the pandemic-induced lockdown, the European Union (EU) has put forward a proposal that makes its climate-neutrality strategy the centerpiece of the 750 billion-euro ($824 billion) recovery plan. The EU’s move comes at a time when the 27-nation bloc is imminently heading into a recession as a fallout of the coronavirus pandemic.

The massive green stimulus program, called Next Generation EU, is aimed at giving a fillip to renewable energy sector, accelerate the transition to clean mobility, and also increase energy savings. The funds will, however, have to get the majority vote in the European Parliament and the unanimous nod of all the 27 members of the bloc in the European Council, which may take months in negotiations.

As the world grapples with the coronavirus pandemic, governments across the world are under pressure to balance the transition from managing a health crisis to charting out an economic recovery.

In her speech to the members of the European Parliament in Brussels on Wednesday, EU president Ursula von der Leyen said, “We can now lay the cornerstone for a union which is climate neutral, digital and more resilient than ever before. Today is the time to write our generation’s chapter to the story and take another courageous step towards a stronger Union.”

The Next Generation EU stimulus program will be funded through the European Union Commission’s borrowing on financial markets. This includes EUR 500 billion in grants and at least EUR 250 billion in loans, which will “sit on top of a revamped long term EU budget of EUR 1.1 trillion”, said von der Leyen.

The purpose of the fund is to ensure money is available for the renewable energy sector, clean transport while focusing on a gradual phase out of fossil fuels. Overall, the fund aims to align sustainable investments with the EU’s climate targets and it will also ensure investment restriction into projects that don’t comply with the Paris Agreement’s commitment to limit temperature increase to under two degrees by 2050.

As per the details announced yesterday, a EUR 40 billion assistance will be given for the ‘Just Transition Fund’ to support the most affected regions and help them shift away from dependence on coal in order to eliminate greenhouse gas emissions (GHGs). Then, there’s also a proposal to strengthen the budget for an agriculture fund worth EUR 15 billion will help in assisting farmers execute the deal, and give Europe’s agriculture sector the boost it needs to achieve fresh biodiversity targets.

Additional details of the deal will be announced in the forthcoming days.

The European Commission upholds the vision of the “European Green Deal” of achieving climate neutrality and economic growth by ensuring that no investment made for the sake of recovery can harm the bloc’s climate efforts, Marcus Dufour, head of the Brussels office of climate think tank E3G, told the indianexpress.com over an email.

“Measures such as retrofitting buildings, developing clean infrastructure, and investing in natural capital have both positive economic and climate benefits. Investing in the clean economy can offer the necessary short-term stimulus to recover from the pandemic-induced recession,” said Dufour.

While some countries like the ‘frugal four’, consisting of the Netherlands, Denmark, Sweden and Austria, have said they would want to fast-track their journey to achieve climate neutrality, others like Poland have asserted it will go on its own pace. Their Climate Minister Michal Kurtyika had said earlier in February this year that while they want to transform the energy sector and the economy, but they have limitations.

In a tweet, Kurtika had said, “Poland wants to transform the energy sector and economy but we can’t forget that we are joining the transition from a completely different starting point than other countries.”

To address this dynamic situation, Dufour said, the European Commission has done its best to take the priorities and concerns of all member states. “I believe that the proposals they’ve issued actually do a very good job of balancing the different interests. It includes support for Southern countries, hardest hit by the pandemic; it maintains the support planned for Eastern European countries in the transition to climate neutrality; and it includes strong governance and criteria that will please Northern countries,” he said.

Experts are bullish that the green deal takes care of the climate as well as ensure sustainable economic growth. “By prioritising in both national recovery strategies as well as the EU budget the “shovel-ready” European Green Deal projects focused on low-emission investments associated with inter alia development of renewables, energy efficiency or renovations, the governments can ensure that their short-term measures are devised with the long-term value creation objective,” said Zofia Wetmańska, energy expert at WiseEurope (Poland).

As the European Union attempts to carve a new pathway for their economy to a more resilient and sustainable growth through the green deal, what remains to be seen is how the 27-nation trade bloc will be placed at the end of this year on their climate-neutrality target.

‘By humiliating me, you will not rise in your stature’: Oli, Prachanda spar in Nepal ruling party meeting

With first positive tests in Antarctica, no continent is untouched by coronavirus

2 killed, 13 wounded at party on Chicago’s South Side