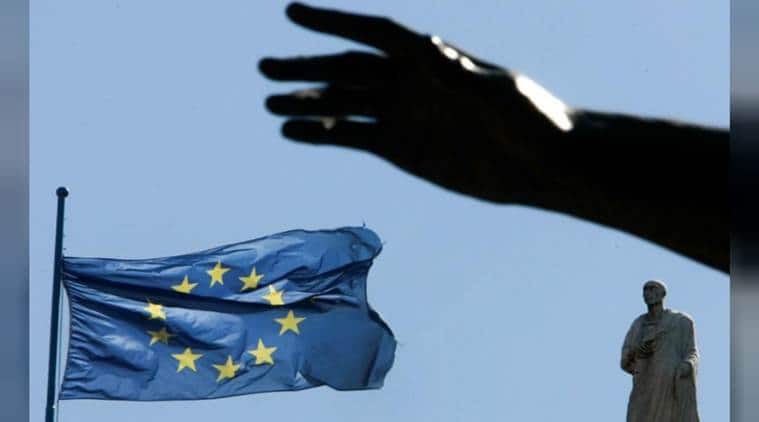 
A European Union flag flutters near the hand of a statue on Campidoglio square in central Rome, Italy, March 23 2007. REUTERS/Tony Gentile/Files

European Commission President Ursula Von Den Leyen is set to transform her Green Deal strategy to reach net zero greenhouse gas emissions by 2050, into a coronavirus economic rescue plan that’ll rapidly drive private investment and create jobs across the continent, according to a draft document with details of the proposal seen by Bloomberg.

The plan is part of the package that the EU executive will unveil on May 27 for the bloc’s jointly financed response to the pandemic-induced recession. The package will include a proposal for the EU’s next trillion-euro budget for the years 2021-2027 and a “recovery instrument” of at least half-a-trillion euros specifically designed to cushion the economic blow from the outbreak.

“These sums would dwarf any green stimulus announcements to date and signal that the EU really wants to align its economic recovery strategy with the Green Deal,” said Victoria Cuming, head of global policy at BloombergNEF.

As governments around the world move from health-crisis management to plotting an economic recovery path, they’re under pressure to invest in measures that can scale up rapidly and create jobs for the millions who now find themselves out of work.

A big part of the proposed European stimulus assumes involvement of the private sector in financing or draws on existing projects to accelerate the sustainable transition. The amount of fresh cash to be injected into the clean recovery will be possible to calculate only after the commission has put forward its final proposal next week.

Still, the details from the plans under consideration send an important signal for investors. Before the crisis, the commission calculated Europe will need between 250 and 300 billion investment a year to reach the climate neutrality goal.

The EU’s executive is seeking to strike a fine balance between kick-starting the economy and greening it at the same time. The proposal to be unveiled next week is subject to unanimous approval by the EU’s 27 governments in a process of tough negotiations that could take months to conclude.

“We need an economy that is more resilient, better equipped to use digitalization, and above all, greener,” said Virginijus Sinkevicius, the EU Environment Commissioner.

Founder of Adobe and developer of PDFs dies at age 81