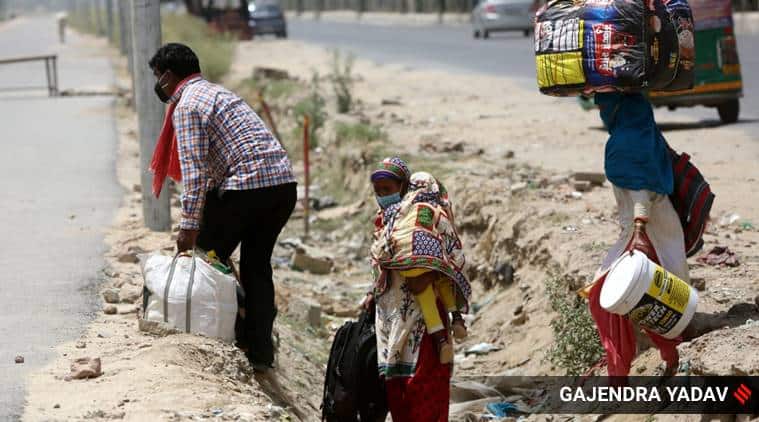 
Thousands of migrant workers continue to travel to their native place in view of the COVID lockdown.

As many as 4,000 signatories, including former bureaucrats, research scholars, former members of the judiciary among others, have appealed to Prime Minister Narendra Modi’s government to “fulfil its constitutional obligations” and “facilitate the safe and dignified movement of millions of migrants” through the deployment of central forces and resources.

In a petition forwarded to the Prime Minister’s Office, the signatories referred to the implementation of the National Disaster Management Act amid the pandemic and demanded the “same resources of the central government as would any natural disaster” and distribution of all forms of assistance in their pre-departure and post-arrival arrangements.

Among the signatories of the petition listed are former Lieutenant Governor of Delhi Najeeb Jung, former Planning Commission member Abhijit Sen, and former UGC chairperson Sukhdeo Thorat, among others.

“The safe transportation requirements of this magnitude are only possible if the forces and facilities at the disposal of the Government of India are immediately deployed to bolster the grossly inadequate efforts being currently left to inter-state coordination, with meagre logistical support in providing safety, food and water to migrants on the move,” the petition read.

Elucidating the reasons to warrant the need for central forces to tackle the situation, the petitioners said that the National Disaster Relief Force must be roped in to manage the “humanitarian crisis, even if for a limited time, to support the state and central government machinery”.

The petition also called for proper coordination between the Centre and states over the management of labourers.

“The shortage of trains and a labyrinthine set of procedures have led to heightened desperation and subsequently rampant overcrowding at stations, rumour mongering over train schedules and the emergence of ticket sales in black across cities,” it read.

“According to estimates, despite the provisions made by governments and millions of migrants walking home, at least 20 percent are still stranded in different locations,” it added.

UP man dies after mistakenly operated on, say officials