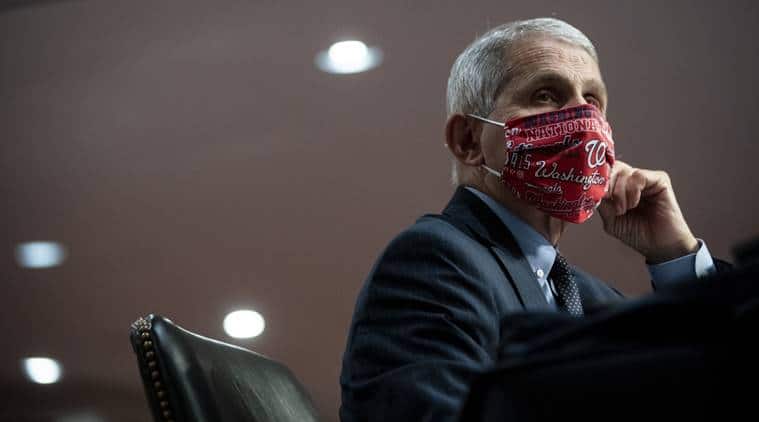 One of President Trump’s coronavirus task force members said Sunday that infectious disease specialist Anthony Fauci doesn’t necessarily “have the whole national interest in mind” in suggesting responses to the pandemic.
Fauci, who’s also on the task force, “looks at it from a very narrow public health point of view,” Admiral Brett Giroir, assistant secretary at the Health and Human Services Department, said on NBC’s “Meet the Press.” “He admits that.”

The comments reflected tension in the administration between the goal of tamping down transmission of Covid-19 as much as possible and Trump’s desire to boost the economy, now in recession, before the November election.

Giroir spoke as the U.S. continues to post record daily cases, especially in Sun Belt states. Florida on Sunday reported more than 15,000 new cases, the highest for any state — including New York when it was the epicenter of the pandemic in the spring.

The Washington Post reported Sunday that Fauci, director of the National Institute of Allergy and Infectious Diseases since 1984, has been increasingly sidelined within the administration.

On Fox News on Thursday, Trump said Fauci was “a nice man, but he’s made a lot of mistakes.” In June, the president rapped Fauci on Twitter for commenting on the upcoming NFL season and how the league will cope with coronavirus safety: “Tony Fauci has nothing to do with NFL Football.”

Opinion polls have shown the American public trusts Fauci’s advice, which invariably leans on the side of caution, over Trump’s when it comes to the pandemic.

Giroir said there’s no silencing of Fauci or other members of the White House task force, which is led by Vice President Mike Pence.

“There is complete open, honest discussion within the task force,” he said, adding that the panel meets three or four times a week. “The vice president calls me regularly. Dr. [Deborah] Birx is not one to hold her tongue.”

Separately, on ABC’s “This Week,” Giroir said the U.S. is in a “much better place” than when Covid-19 was sweeping through the Northeast in April.

The U.S. has “surge teams” going to virus hot spots and a better supply of personal protective equipment (PPE), as well as new and evolving treatments for the virus, Giroir said. “We are all very concerned about the rise in cases, no doubt about that,” he said.

In both interviews Giroir said “simple things,” including decreasing restaurant capacity, avoiding bars and wearing face masks, could have an outsized impact in reducing transmission of the virus.

“We have to have people wearing a mask in public — it’s absolutely essential,” said Giroir, whose boss, the president, made a rare appearance in a mask on Saturday during a visit to Walter Reed National Military Medical Center.

Malaika Arora Swears By This Simple Nuskha For Good Digestion - Can You Guess What It Is?

United States polls: When we might know election results

China tries to build a road to economic recovery

Why US rep Alexandria Ocasio-Cortez is tweeting in Bangla

‘Let’s see how they live with that’: Belarus leader threatens to cut off transit routes through country if EU imposes sanctions