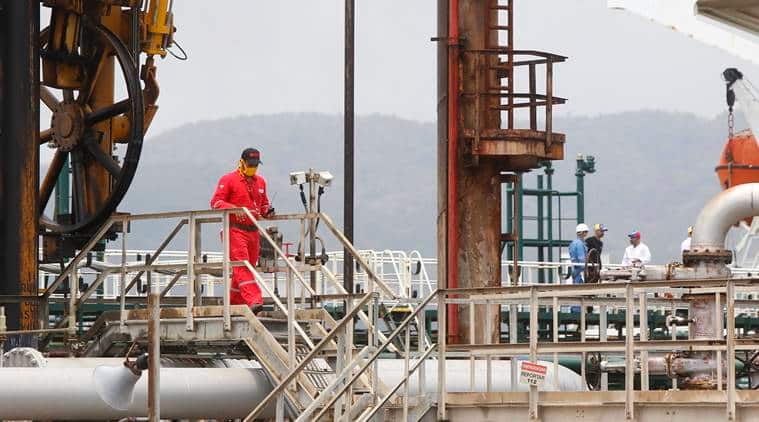 The Venezuelan navy said it escorted a fourth fuel tanker from Iran through its waters on Thursday, while the United States called the shipments to the gasoline-starved country a distraction from problems facing President Nicolas Maduro.

The oil industries of Iran and Venezuela are both under U.S. sanctions. Iran is providing its fellow OPEC member up to 1.53 million barrels of gasoline and refining components to help ease an acute shortage, the result of the near-complete breakdown in its refining network as well as the sanctions.

Washington has said it is weighing a response to the shipments.

Venezuela’s military has escorted each tanker through its exclusive economic zone. The navy on Thursday posted images of its ships alongside the fourth ship, the Faxon.

Refinitiv Eikon data showed the Faxon passing north of eastern Venezuela’s Sucre state at 11.49 pm (0349 GMT) Wednesday. It has not transmitted its location since then. The third tanker to arrive, the Petunia, entered El Palito port on Thursday, the data showed. The first two were still discharging, and a fifth, the Clavel, was crossing the Atlantic Ocean toward the Caribbean.

A spokesman for the US State Department’s Bureau of Western Hemisphere Affairs said it would continue to “press for the restoration of Venezuelan democracy.” Washington, along with dozens of other countries, say Maduro rigged his 2018 re-election.

Maduro accuses the United States of seeking to oust him to control Venezuela’s oil resources.

But this week he also pledged to reform the fuel distribution system, stating that citizens would have to start paying for fuel after decades of heavy subsidies.

"Shocking": Court On Video Of Baby Near Dead Mother At Bihar Station

J&K: Car from which IED was recovered in Pulwama belongs to Hizbul militant