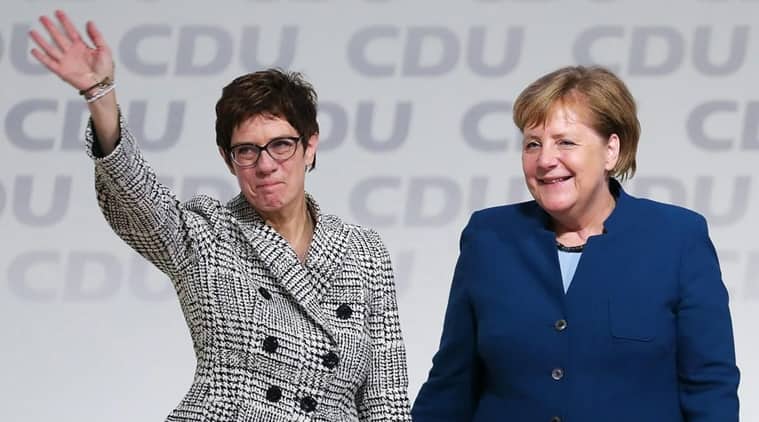 Although currently chaired by a woman, Annegret Kramp-Karrenbauer, and although it gave Germany its first female Chancellor in Merkel, women make up only a quarter of its members – something the party leadership wants to change.

According to the plan, thrashed out by leaders of the Christian Democratic Union (CDU) in overnight talks, women must make up 40% of all governing bodies, from the regional level upwards, from 2023 onwards, rising to 50% by 2025.

Other parties, in particular the Greens, running a distant second to the CDU in most national polls, have long had policies in place to ensure women are prominent in the party, including having a woman and a man as co-leaders of the party.

The CDU will apply a similar rule in composing its slates for elections to the state, national and European parliaments. Local party organisations will also have to report to the centre on their progress in increasing their share of women members.

The plan must still be adopted formally, most probably at the party’s congress in December, the party sources said.

Currently, only a fifth of the CDU’s national parliamentarians are women, compared to a third of the Bundestag’s overall membership. Germany’s share of women legislators is low by Scandinavian standards.

There will be a get-out clause, however: party bodies will not need to fulfill the quota if not enough women apply.

How To Brew Perfect Cup Of Green Tea For Strong Immunity: Tips And Tricks

WHO panel OKs emergency use of China’s Sinopharm vaccine

US-approved vaccines effective against B1617 variant of COVID-19: Official