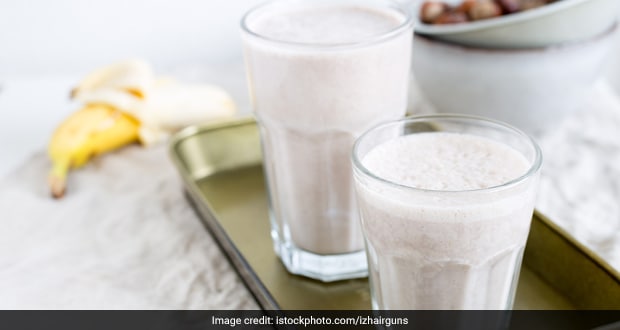 Kadha has been a treasured home-remedy for Indians for ages. This herbal decoction, made with various kitchen spices, is famed to strengthen our immunity and improve our overall health. But let’s admit, many of us don’t like the taste of kadha. Hence, to dodge this kadha-related fuss, we bring you a lip-smacking milkshake recipe that will include the benefits of some commonly used kadha spices in it- cinnamon, clove, mulethi and black pepper. These spices are easily available in every Indian kitchen.

Milkshake has always been one our favourite drinks. It makes for a healthy and wholesome meal – all thanks to milk, yogurt, fruits and nuts that are combined together to make delicious milkshake. This creamy drink gets healthier with inclusion of spices like cinnamon, clove, mulethi and black pepper to it. These spices are packed with nutrients and have several health benefits.

Take A Look At The Health Benefits Of These Spices:

Clove- Also know as laung, clove is power-packed with several important nutrients. It can help in fighting bacteria in the body and also help to improve bone-health.

Black pepper- Black pepper contains a compound called piperine, which is dubbed to be beneficial for improving brain function. It is also know to boost absorption of essential nutrients and improve gut-health.

Mulethi- Mulethi, also called licorice, is rich in antioxidant and antiseptic properties that improve metabolic system and can relieve a number of gut-related problems.

Step 1. Crush the clove, cinnamon, mulethi and black pepper in morter and pestle. There’s no need to crush them finely.

Step 2. Boil the milk in a saucepan with the crushed spices. Switch off the flame and let the milk cool down.

Step 3. Strain the milk in a blender, add yogurt and blend. You may also add banana and honey/palm sugar to it.

Step 4. Transfer the milk shake in a glass and garnish with chocolate flakes. You may also garnish with dry fruits and nuts and a dollop of ice-cream.

Try this milkshake at home and do let us know your experience in the comment section below.

Readers’ Choice: 21 Indian Desserts That Take You Back To Childhood