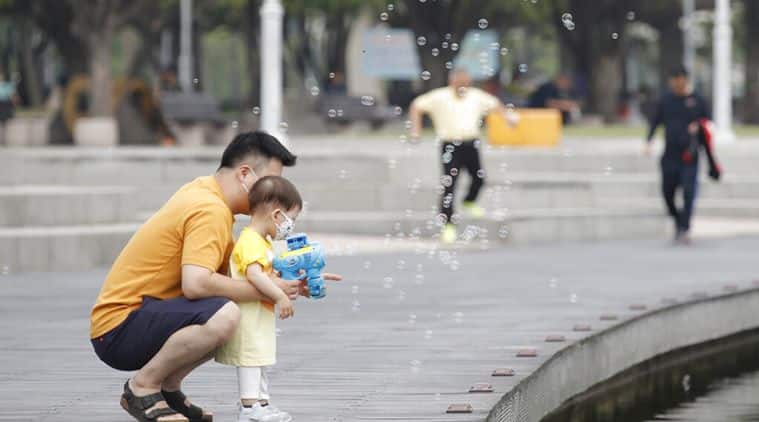 
Eight US states recorded their highest single-day deaths this week.(AP)

Coronavirus global updates: As new clusters continue to emerge across the world, the total number of coronavirus cases topped 12.75 million Sunday, according to a Reuters tally. The pandemic has so far seen over 7 million recoveries and over 563,000 deaths. Brazil, the world’s second worst affected country, recorded over 1,000 deaths in the last 24 hours.

Meanwhile, South Africa is seeing a rapid surge in new coronavirus cases, increasing the total caseload of the African continent that caught on the virus later as compared to the rest of the world.

Here are some top global developments

After limiting its coronavirus outbreak to a few hundred cases, Taiwan yesterday wrapped up its annual film festival where social distancing was not followed and most people were spotted without any face coverings.

This is not the first major public event in Taiwan. A baseball game last month drew more than 10,000 people in the stadium where spectators were allowed to sit in alternate seats.

More than 60 Marines in Japan’s Okinawa island have tested positive for coronavirus prompting the island’s governor Denny Tanaki to demand tougher prevention measures and more transparency from the US military officials.

Out of 61 cases reported in Okinawa, 38 originate from Marine Corps Air Station and 23 from Camp Hansen. The two bases have been put under lockdown since, according to US Military officials.The disclosure of the exact figures came only after Okinawa’s repeated requests to the US military.

“Okinawans are shocked by what we were told by the US military” Gov. Tamaki told a news conference Saturday. “It is extremely regrettable that the infections are rapidly spreading among US personnel when we Okinawans are doing our utmost to contain the infections,” he added.

Trump wears mask in public for first time during pandemic

President Donald Trump wears a face mask as he walks down a hallway during a visit to Walter Reed National Military Medical Center in Bethesda. (AP)

While visiting a military hospital on Saturday, US President Donald Trump wore a face mask for the first time in public since the coronavirus pandemic surfaced in the US.

Trump had previously refused to wear a mask in public or ask other Americans to do so, saying it was a personal choice, although he had said he would if he was in a crowd and could not maintain distance from others.

Before this, the only time Trump has been known to wear a mask was during a private part of a tour of a Ford plant in Michigan.

On Saturday, Florida’s Disney world reopened for the first time in four months with a limited number of guests and with a host of safety measures to curb the spread of coronavirus.

Disneyland Shanghai opened in May, followed by the Disneyland parks in Hongkong and Tokyo in June and July, respectively.(AP Photo/Sam McNeil)

“This is the new world that we’re operating in, and I don’t see that changing anytime soon,” D’Amaro Disney’s parks, experiences and products division said after he greeted guests and workers at the park.Disney’s reopening of parks in Asia helped provide assurance about moving ahead in Florida, he added.

Disneyland Shanghai opened in May, followed by the Disneyland parks in Hongkong and Tokyo in June and July, respectively.

The world’s second worst country recorded over 1,000 new fatalities on Saturday taking the death toll to 71,469 and 1,839,850 confirmed cases, the Health Ministry said. The actual numbers are believed to be much higher than these due to lack of coronavirus testing on a large scale.

UK Prime Minister Boris Johnson is set to tell the parliament next week to make face coverings compulsory for all UK citizens in shops, Bloomberg reported.

On Friday, the Johnson said he wanted to be “stricter” on insisting people wear coverings in confined spaces. They’re currently compulsory on public transport and in English hospitals.

Some other important developments

How Democrats planned for doomsday

New protests in Spain over the jailing of rapper’s backers