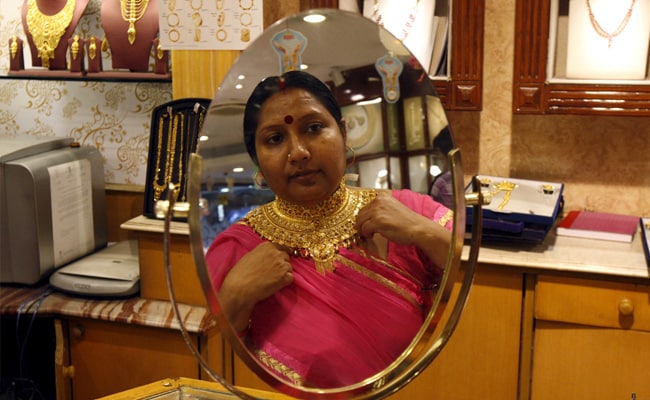 Physical gold dealers in the country offered the highest discounts in about two months this week as customers kept away with coronavirus cases in the country continuing to mount, while Singapore saw steady safe haven demand.

In thin volume trade, discounts of up to $32 an ounce were offered over official domestic prices in India, the highest since early April. The domestic price includes a 12.5 per cent import and 3 per cent sales tax.

Jewellery shops have opened in a few states, but they are mostly deserted, said Harshad Ajmera, proprietor of JJ Gold House, a wholesaler in the eastern city of Kolkata.

India’s gold imports plunged 99 per cent in May from a year earlier.

A few jewellers who had opened stores in May for a week were forced to shut again due to poor consumer response, said a Mumbai-based dealer with a bullion importing bank.

In top consumer China, discounts eased to $11-$14 an ounce versus benchmark prices from last week’s $14-$18 discounts, with demand still lacklustre.

In Hong Kong, which has also been grappling with protests over a Chinese legislation, premiums eased to $0.5-$1 an ounce from last week’s $0.50-$1.75.

In Singapore, due to “the previous ‘circuit breaker’ period, not many people had stocks of gold kilo bars and demand was also higher,” said Brian Lan of dealer GoldSilver Central.

“Supply remains tight against increased physical demand, with a glut in supply there has been increased flow into paper gold instruments such as exchange traded funds,” said Spencer Campbell, director at SE Asia Consulting Pte Ltd.

In Japan, gold was sold at anywhere between at par with the benchmark to a $0.50 premium.