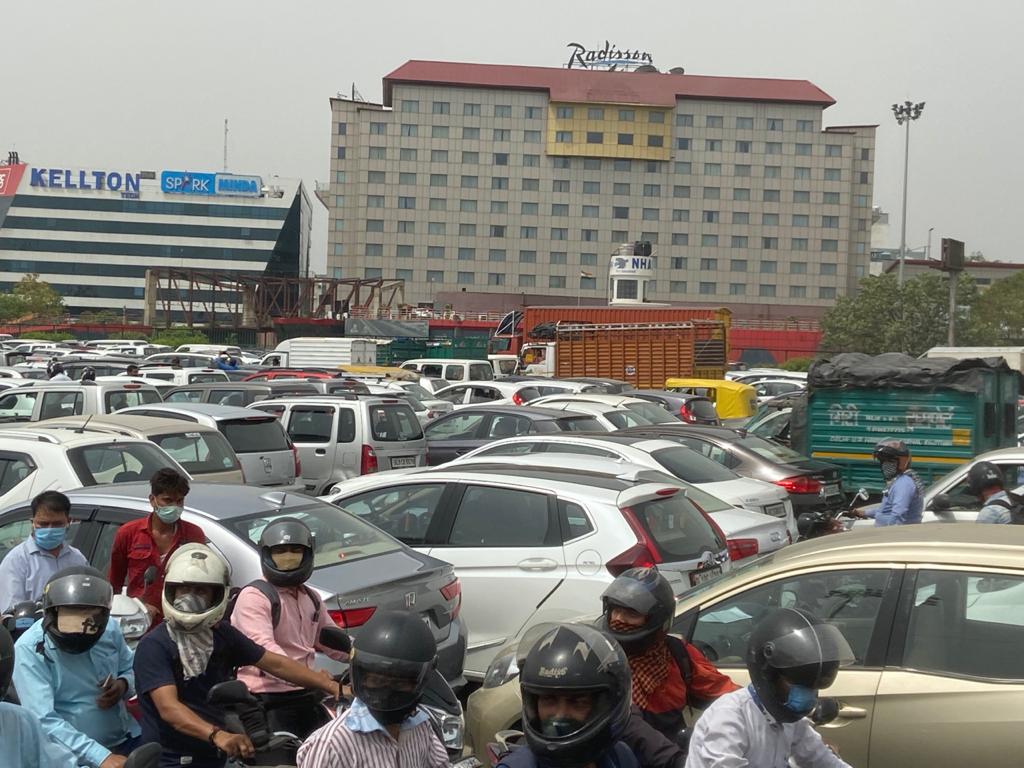 The Delhi-Gurgaon border, closed to non-essential traffic and services in April to prevent the spread of the COVID-19 virus, re-opened on Monday morning.

The order allowing movement between the cities is in line with revised lockdown guidelines issued by the centre on Saturday and was passed by Chief Minister Manohar Lal Khattar after a meeting with senior ministers late Sunday night.

“It has been decided in the meeting that there will be no restrictions on inter-state and inter-district movement of people or goods,” a government statement read.

On Saturday the Home Ministry, while announcing an extension of the nationwide coronavirus lockdown to June 30, also announced relaxations for non-containment zones, one of which was that inter-state travel would now be permitted and no separate permission or e-permit was needed for this.

However, the centre did allow district-level administrations to ban such travel, if required to contain viral outbreaks, so long as the ban was announced in advance. As a result, Uttar Pradesh’s Noida district, which also shares a border with Delhi, remains sealed to non-essential movement.

Haryana’s move to green-light inter-state traffic came two days after it issued orders to “completely seal” all borders with Delhi except for essential services. “The main reason behind spike in cases is entry of people from Delhi into areas of Haryana which share border with Delhi,” minister Anil Vij said.

On Sunday it was revealed Gurgaon recorded 340 COVID-19 cases in the past three days. This was more than the city had recorded in the past two months. The city also recorded its biggest single-day jump, with 157 new cases taking its total to 677.

In addition, around 80 per cent of the Haryana’s coronavirus cases have been reported from districts adjoining the national capital; Delhi has the third-highest number of COVID-19 cases in India.

In April Haryana had sealed Delhi borders after Anil Vij lashed out at those who worked in the national capital but lived in Gurgaon, calling them “corona carriers“.

The clampdown on cross-border movement prompted the Delhi High Court to instruct the Haryana government to remove restrictions for people providing essential services.

Re-opening of borders to non-essential inter-state travel comes amid a surge in COVID-19 cases across the country. India is the seventh most-affected country with over 1.9 lakh cases; there were 8,392 new cases in 24 hours, Health Ministry data showed this morning.