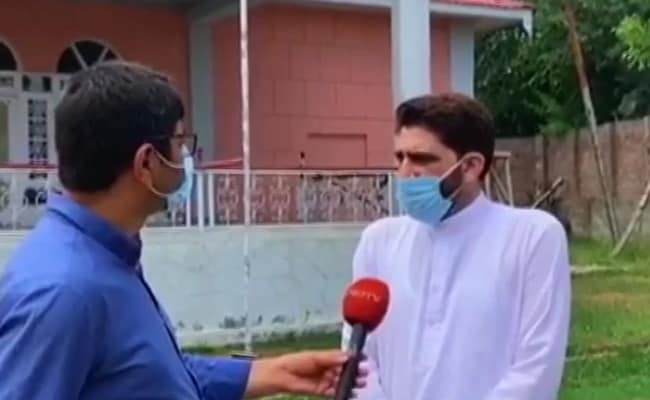 Political workers in Jammu and Kashmir complain that they are not provided security by the government.

The fear of being vulnerable to terrorist attacks has gripped mainstream political workers across parties in Kashmir after the recent killing of a BJP leader and his two family members in Bandipore. Political workers say they are fearing for their lives; those whose security have been withdrawn are literally terrified.

Former MLA Ghulam Mohiuddin Mir is literally in solitary confinement for the last one year. After his security was withdrawn in August last year, he took shelter in the National Conference party office in Pulwama. Mr Mir has survived over a dozen terrorist attacks ever since he was elected as MLA in 1996. But he says he has never felt so vulnerable as he does today.

Mr Mir’s father – also a former legislator – was killed in early 90s in Pulwama. In 2018 and 2019, Mr Mir lost two personal security officers during terrorist attacks. Those attacks did not break his will until the government withdrew his security in the wake of scrapping of Article 370.

The National Conference leader now regrets joining mainstream politics. ” We are seeing such a situation for the first time. Had I anticipated such thing will happen with us, I would have never joined politics” he said.

Political workers in Jammu and Kashmir complain that while BJP workers get security, those from other parties have been left to fend for themselves. Former minister Sakina Itoo says she has written multiple letters to police to restore her security that was withdrawn after August 5.

In Kakpora area of Pulwama, Congress leader Umar Jan who is also chairman of block development council says security is being provided based on political affiliations.

“Now we have left our security to Gods mercy. Ajay Pandita, a Sarpanch who was living in Anantnag, had requested for his security a number of times but it was ever provided until he was killed,” said Umar Jan, Chairman Block Development Council (BDC) Pulwama.

In fact, the BJP too seems unhappy with the security arrangements after killing of a BJP leader and two family members in Bandipore.

“Police department should take this seriously. If they had taken it seriously Waseem Bari would not have been killed. They are claiming that they have deployed 8 PSOs. But where were those 8 PSOs. Why didn’t they fire a single round and killed any terrorist,” said BJP spokesperson Altaf Thakur.

On Thursday evening , Sheikh Waseem Bari, BJP district president for Bandipore was killed along with father and brother. Police say terrorists fired at the BJP leader from a close range. Ten policemen deployed for the guard duty of family have been arrested for negligence and their failure to protect them.