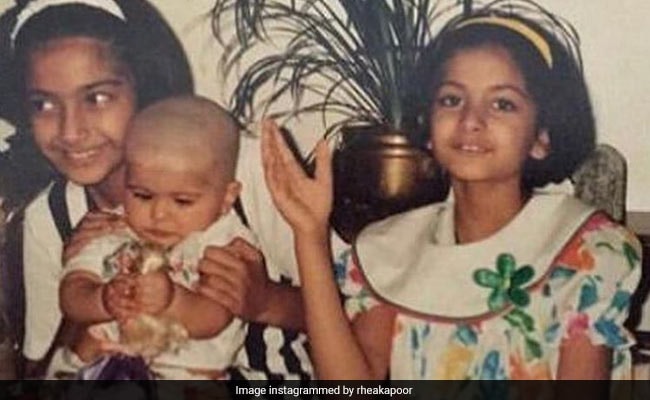 Birthday girl Sonam Kapoor reached Mumbai just in time for her birthday and received the best wishes from her family and friends. On Sonam Kapoor’s 35th birthday, her sister Rhea posted a greeting on her Instagram profile that the actress simply loved. Rhea posted multiple pictures with Sonam and added an extensive note with it. Needless to say, Sonam loved her sister’s greeting and wrote in the comments section: “Best, best friends forever… You’re better than me in every way. Love you the most.”

Rhea began her note by saying, “Happy birthday to my sister. There are countless things I wouldn’t have (a career) or be (a stylist/producer) without you but I think the most valuable gifts you have given me are your believes in me and that lurking idealism that comes so easily to you. The way you trust me has taught me that that kind of faith is possible and worth striving for and your idealism has become part of my conscience pushing me to be better every day no matter how cynical I want to get.”

Rhea, who runs an apparel brand with Sonam, called Rheson (an amalgamation of Rhea and Sonam’s names), added, “They say never judge a book by its cover and with you it’s a conflict- I’m styling that cover and most people seem to really like it. But what’s under is delightful beyond what people can comprehend until they get to know you. You deserve everything you hope for and have worked for. I love you the most. Best friends forever.”

George Floyd, whose death energised a movement, to be buried