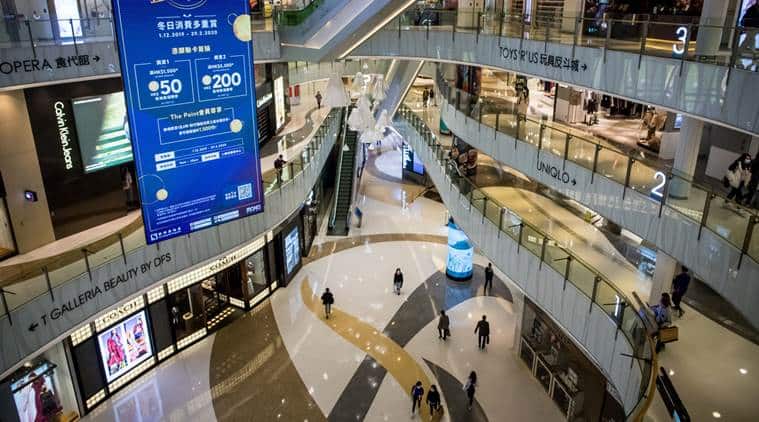 Hong Kong retail sales have been in free-fall for a year as the economy contracted for three consecutive quarters, dropping 19.4% in December as protesters, angry with Beijing’s perceived tightening grip over the city, clashed with police in shopping malls. (Paul Yeung/Bloomberg/File)

Six Asian cities were ranked among the top 10 most expensive for expats in Mercer’s 26th annual cost of living survey. Hong Kong was named the most expensive city in the world for the second year running, mainly due to its high housing prices.

The survey measures the cost of 200 items in 209 cities. These items include housing, transportation, food, clothing, household goods, and entertainment.

The second costliest city was Ashgabat, the capital of Turkmenistan, which is experiencing hyperinflation and high costs of importing goods and raw materials. Third on the list was the Japanese capital, Tokyo.

Singapore and New York were placed in the fifth and sixth spots. Three Swiss cities, Zurich, Bern and Geneva were ranked fourth, eighth and ninth respectively. China’s Shanghai and Beijing were ranked as the seventh and 10th most expensive cities.

The survey found the most expensive city in Africa to be Ndjamena (15) in Chad, one rank ahead of San Francisco. Nigeria’s capital Lagos came 17th, just one spot ahead of the British capital, London.

Tel Aviv was the most expensive city in the Middle East at 12, followed by Dubai on 23. According to the survey, the least expensive cities were Tunis and Windhoek.

Mercer’s list is designed to help companies work out how much they should be paying their overseas employees. The survey tracks the cost of living for expats. This year’s rankings reinforce the trend that Asian and African cities are becoming more expensive for foreigners.

Not Just Masks, Face Shields Must For Staff At Key Government Department

US Capitol on lockdown after report of gunfire nearby

US election: What to watch for as the polls close and the counting begins