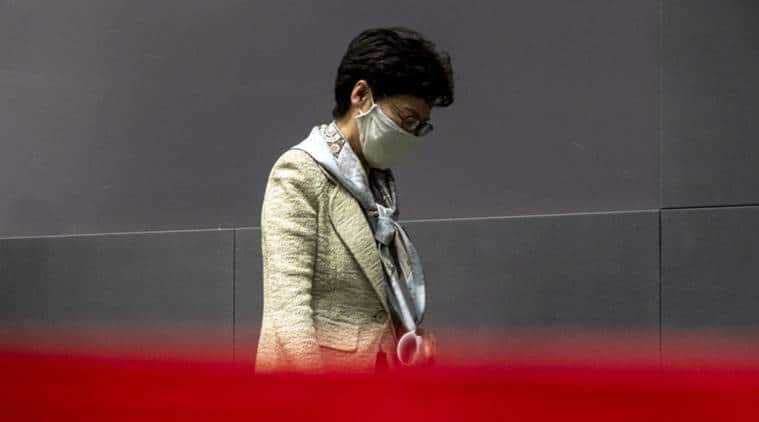 Hong Kong’s leader defended China’s moves to impose sweeping national security laws in the territory amid renewed protests and growing international concern over what it would mean for the city’s future autonomy.

Local residents support the planned legislation, Chief Executive Carrie Lam asserted in a weekly briefing Tuesday, while rejecting criticism from foreign governments. She said it was untrue that the new security law would ban street protests or calls for her dismissal, and pledged that Hong Kong’s freedoms would be preserved.

“We are a very free society, so for the time being, people have the freedom to say whatever they want to say,” she told reporters. “Hong Kong’s vibrancy and core values in terms of the rule of law, the independence of the judiciary, the various rights and freedoms enjoyed by people will continue to be there.”

The move already prompted one of the largest protests in recent months, with riot police firing tear gas at demonstrators in a central shopping area Sunday in scenes reminiscent of last year’s unrest. Pro-democracy groups are planning another major rally and general strike for Wednesday against both the new measure and a planned Legislative Council hearing on a separate bill that would criminalize disrespect toward China’s national anthem.

China’s move has rattled markets, led multiple governments to put out statements of concern and prompted top U.S. officials — who have seen tensions with China increasingly worsen in recent months amid the coronavirus pandemic — to openly mull retaliatory action.

Chinese officials say Hong Kong’s violent protests over the last year made the new legislation necessary. But human rights groups, the American Chamber of Commerce in Hong Kong and the city’s bar association say the new security measures are vague, legally questionable and could endanger its reputation as a global financial hub.

Pro-democracy politicians have called the law an unprecedented assault on the city’s unique freedoms under the “one country, two systems” principle by which China promised to govern Hong Kong when it returned to Chinese rule in 1997.

Lam rejected that assertion on Tuesday, saying that the city has always triumphed despite previous rounds of international concern about its prospects since the handover.

“In the last 23 years, whenever people worried about Hong Kong’s freedoms of speech, freedoms of expressions and protests, time and again, Hong Kong has proven that we uphold and preserve those values,” she said. “The best thing is to see the legislation in front of us and to understand why at this point in time Hong Kong needs this piece of legislation for the bigger benefit for the great majority of Hong Kong people.”

A survey by a pro-government think-tank showed roughly 58% of the 1,810 people polled “expressed understanding” of China’s decision to implement the national security law, according to a report by news website HK01.

Lam also said Tuesday that Hong Kong’s karaoke parlors, night clubs, bath houses and party rooms, which have been shuttered as part of measures to contain the coronavirus, will be able to reopen after May 28 and that airport transit service will gradually resume from June 1.

Her move to ease the restrictions comes as Hong Kong slowly returns to normal after having no new local cases for 11 straight days and as schools are set to resume in phases starting Wednesday.

‘I don’t trust them’: Iran’s top leader bans Covid vaccines from US, Britain

Hong Kong, Tokyo among world’s most expensive cities for expats