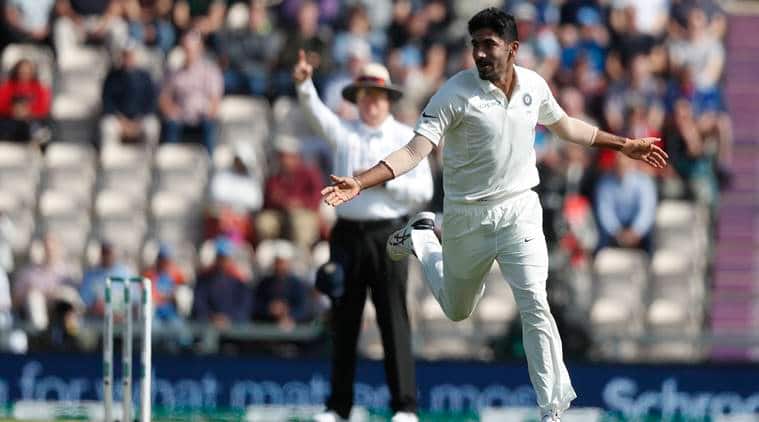 
Bumrah is the latest Indian bowler to express his fondness for either Dukes or Kookaburra compared to SG Test that is used in India. (File Photo/AP)

India’s pace spearhead Jasprit Bumrah says he feels most comfortable bowling with the Dukes ball manufactured in England compared to the India made SG Test or the Australian Kookaburra as it provides even competition in a game that is increasingly loaded in favour of batsmen.

In fact, Bumrah is the latest Indian bowler to express his fondness for either Dukes or Kookaburra compared to SG Test that is used in India.

Bumrah, during an interaction for ICC podcast with former West Indies pacer Ian Bishop and former South African captain Shaun Pollock spoke on a range of issues, including how he developed an outswinger (inswinger for left-handers) and secret of his eight-step run-up that generates extreme pace.

“I love bowling with Dukes. It seams, it swings, so basically when you have a little bit of help, it does help as it is difficult to be a fast bower with grounds getting shorter and wickets getting flatter,” Bumrah said during the interaction.

“So if the ball does something, it becomes even competition. So you feel you are in the game. With no help, you only have few things to play with. So I enjoy bowling most with Dukes ball.”

Bishop asked Bumrah about how he developed the outswinger, which becomes an inswinger for the left-handers and the India international called it a gradual process.

“I always want to bring new things. My different action, may be once or twice people will be surprised, but they will find you out. So you need to improve and keep on evolving.

“So I had the outswinger but when I came into the international set-up, I wasn’t confident about it, may be it wasn’t coming out well, may be the pace, you should have the feel of it. Slowly, you work on it in the nets. In the West Indies, the ball (Dukes with pronounced seam) was helpful, conditions were helpful,” he said.

Bumrah said that may people advised him to increase his run-up but he felt that pace never increased with the length of his run-up which is around eight steps to load up. His unconventional action has been under scanner for long with greats like Michael Holding terming it injury prone.

He then divulged the secret of his short sprint to the crease.

“Basically, I have never been coached a lot. No professional coaching or camps. Till date, everything is self-taught, everything, through TV, videos. There is no proper reason for action. I have never really listened to people who told that action needs to be changed, kept on developing on strengths if I could have self belief,” he said.

Paucity of space in his backyard was the reason for such a run-up.

“Playing in backyard. My run-up is because of that as we didn’t have so much of space, so this (8 step run up) is the longest that you could have had, may be this could have been the case. I have tried longer run-up and nothing changes, speed is still the same so why to run so much.”

Argentina celebrates Maradona one year after his death

Had he played today, Dean Jones would have been sought after in T20 cricket: Sachin Tendulkar