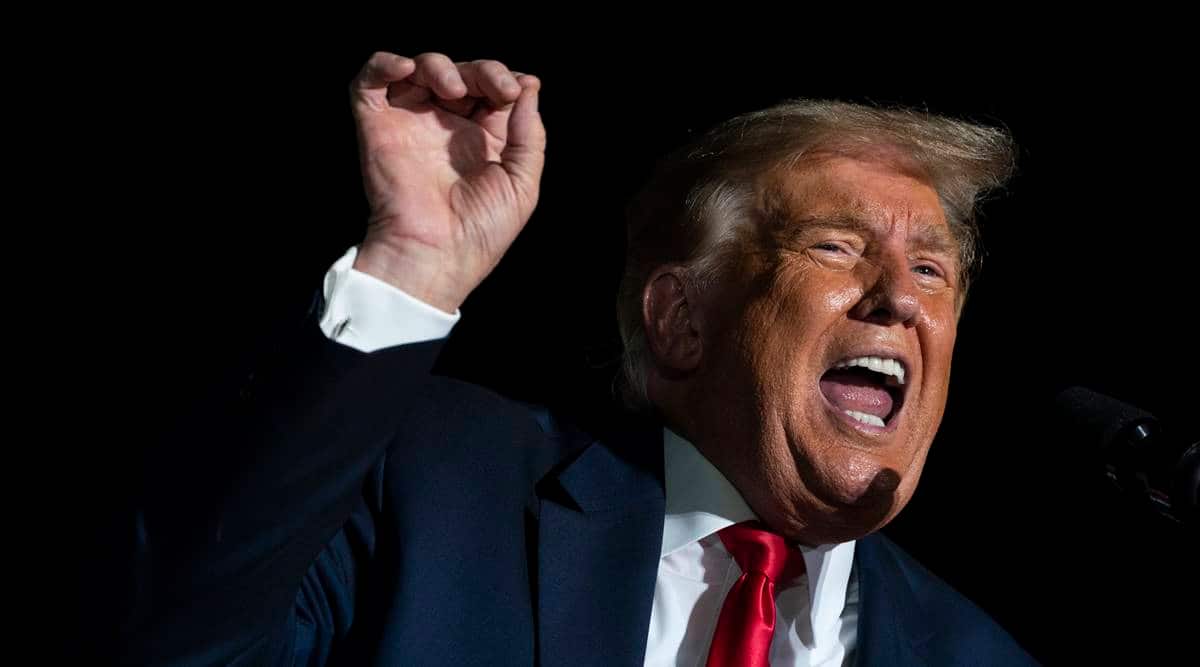 Amid a raging virus, struggling economy and unrest over racial justice, President Donald Trump focused on his reelection campaign, recasting some of his failures as a candidate as active choices during a rally Friday evening in Macon, Georgia.

Sounding pleased to be in friendly territory, Trump spoke for close to two hours, making sporadic references to the coronavirus pandemic, trade and the U.S. economy. But most of his remarks focused on his own personal grievances — the joy he alleged his opponents felt at his virus diagnosis, a news media he continues to argue is stacked against him, technology companies and, of course, his Democratic opponent, Joe Biden, and his family.

At one point, Trump threatened to leave the country should he lose the election.

“Could you imagine if I lose?” he said. “I’m not going to feel so good. Maybe I’ll have to leave the country, I don’t know.”

Trailing in the polls and at a significant cash deficit compared with Biden, Trump attempted to argue that he was opting against raising more money as he enters the final stretch of the election.

“I could raise more money,” he said. “I would be the world’s greatest fundraiser, but I just don’t want to do it.”

Trump’s campaign announced this week that he had raised over $247 million last month, far short of the record $383 million raised by Biden’s campaign and affiliated Democratic committees.

The president also delivered a discursive monologue about what he cast as a choice to not be more presidential, an allusion to the chaotic style that has turned off suburban women, a group that helped boost Trump to victory four years ago.

“I used to go and I’d imitate a president who’s playing presidential — it’s so easy compared to what we do,” he said. “I said, ‘I can be more presidential than any president in our history with the possible exception of Abraham Lincoln when he wore the hat. That’s tough to beat.’”

Trump acknowledged his losses in the suburbs, seeming to link his slide to his divisive style. Biden leads by 23 points among suburban women in battleground states, according to recent polling by The New York Times and Siena College. Among suburban men, the race is tied.

Georgia, long a Republican stronghold, should be an easy win for Trump, but recent polling indicates that it could be closer than some Republicans would like. This week, Biden beat Trump in a range of polling averages. Jon Ossoff and Raphael Warnock, the Democratic candidates vying for the state’s two open Senate seats, posted similarly competitive poll numbers against their Republican opponents.

A day after refusing to condemn QAnon, the sprawling, false pro-Trump conspiracy theory community, Trump praised Marjorie Taylor Greene, the controversial congressional candidate who has embraced elements of the debunked and discordant theories that have led to some real-world violence and that the FBI has labeled a potential domestic terror threat.

“I never, ever want to have her as my enemy,” said Trump. “She is so unbelievable.”can

German president in quarantine after bodyguard tests positive for COVID-19

Liverpool denied by VAR in derby draw with ten-men Everton

Europe may join race for early vaccine access with deals