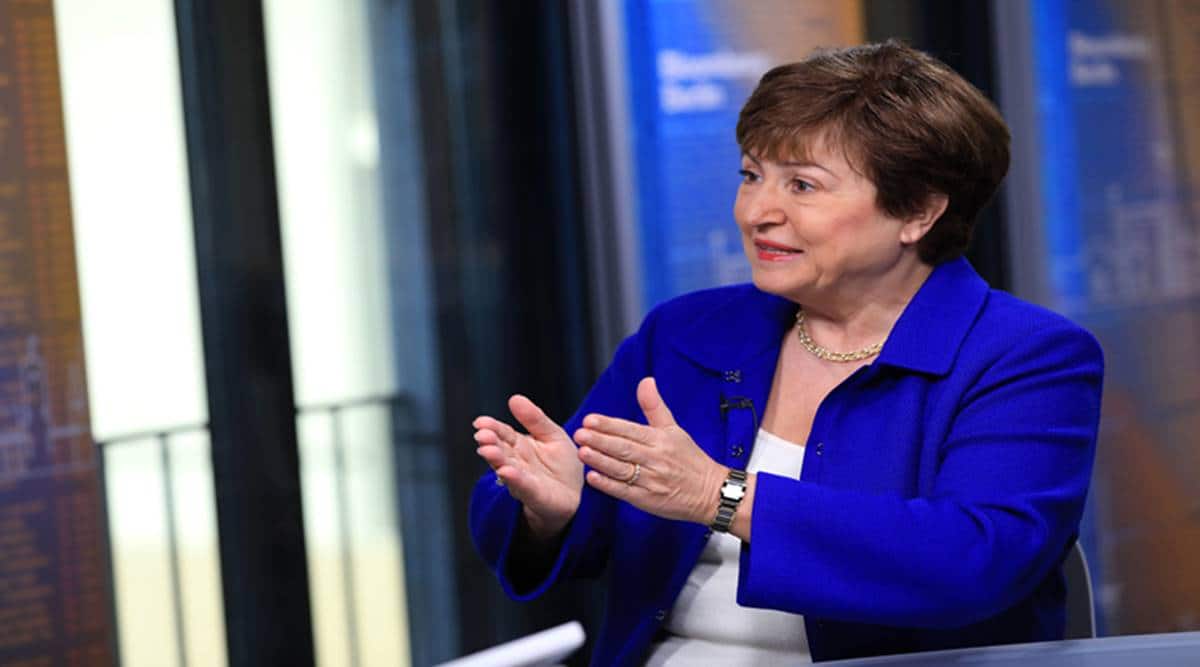 The head of the International Monetary Fund says that the global economy has started on a long climb to stronger growth with prospects looking a little better than four months ago.

IMF Managing Director Kristalina Georgieva said Tuesday that global economic activity suffered an unprecedented fall in the spring when 85 per cent of the global economy was in lockdown for several weeks. The situation currently is “less dire” with many countries experiencing a better-than-expected rebound in recent weeks.

“We continue to project a partial and uneven recovery in 2021,” Georgieva said in a speech previewing next week’s fall meetings of the 189-nation IMF and its sister lending agency the World Bank where the IMF will release its updated economic outlook.

While there has been some improvement, downside risks remain high, Georgieva said in a video-conference speech to the London School of Economics.

“The global economy is coming back from the depths of the crisis. But this calamity is far from over,” Georgieva said. “All countries are now facing what I would call ‘The Long Ascent’,” a difficult climb that will be long, uneven and uncertain. And prone to setbacks.”

The global economy has stabilised because of extraordinary policy measures that established a floor, with governments providing around USD 12 trillion in support of households, Georgieva said. She also noted that central banks, including the U.S. Federal Reserve, helped millions of firms stay in business by taking unprecedented monetary actions to provide emergency loans.

The support prevented an even deeper downturn, but also widened the gap between wealthy and poorer countries, Georgieva said.

The IMF has done what it can to provide support to 81 poor nations by making more than USD 280 billion in lending commitments, Georgieva. And the agency is prepared to do more with more than $1 trillion in total lending capacity.
New IMF research suggests that increasing public investments by just 1 per cent of GDP across advanced and emerging nations can create up to 33 million new jobs, Georgieva said.

One of the key topics to be debated at next week’s meetings will be how to deal with the debt of low-income countries. Georgieva said rich nations should make more support available to poor nations in the form of grants, rather than loans.

Some countries will need to have their debt burdens restructured, with support for that effort from rich countries as well as private creditors, Georgieva said.

Is Africa’s music streaming revolution on the horizon?

Notre Dame Cathedral to rebuilt as before — no modern twists