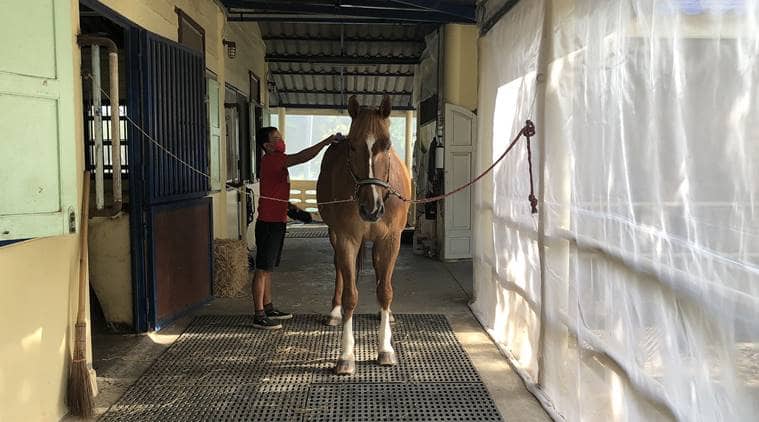 
As the horse along with its rider and other people had come from Red zone, vets said that it could also become a carrier. (Representational/Bloomberg)

In a first in the Union Territory, the Jammu and Kashmir government has sent a horse to a 14-day home quarantine in Rajouri district.

According to Rajouri’s Additional Deputy Commissioner Sher Singh, the horse was brought to the district on Tuesday by a 21-year-old youth from Kashmir’s Shopian area, which has been declared a red zone.

The youth was among five people coming from Shopian via Mughal Road, he said, adding that all of them were intercepted near Dehra Ki Gali and sent to administrative quarantine pending their test reports.

As one of them was carrying a horse, veterinary doctors were called for medical check-up of the animal and they found it not having any fever.

However, as the horse along with its rider and other people had come from Red zone area, the animal husbandry department doctors said that it could also become a carrier.

They suggested handing over of the animal to youth’s family with the advise not to use it for riding or go near it without taking precautions for 14 days, or until its rider’s test report comes negative, Singh added.

Pointing out that Rajouri district administration was taking all the precautions in view of Kashmir Valley’s Hirpora village along the Mughal Road being a hotspot after the testing of 41 people positive recently. A person who recently returned to Rajouri from Hirpora was also tested Covid positive, he pointed out.

Can You Spot Sonam And Arjun Kapoor In This Priceless Throwback Pic?