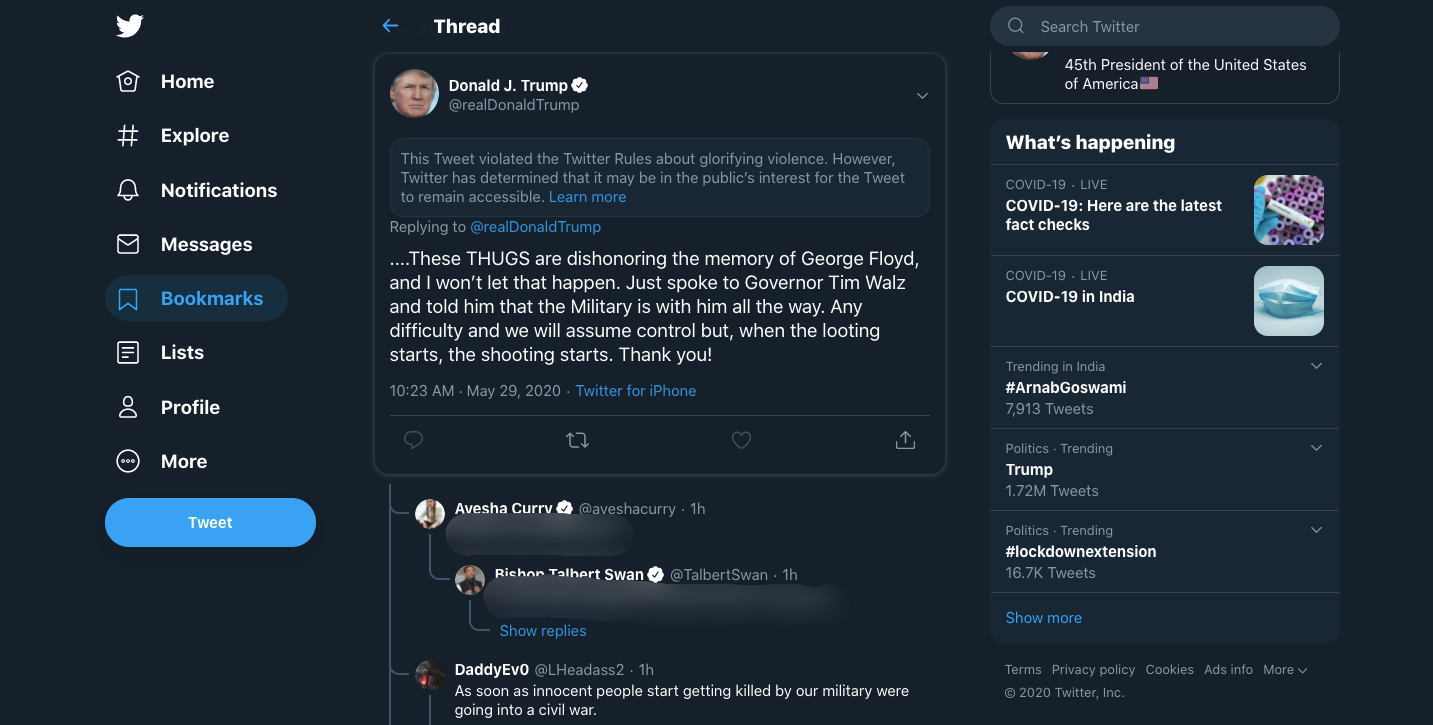 Twitter has placed a public interest notice on a tweet posted by US President Donald Trump, warning users that the post glorifies violence. The tweet was about the Minneapolis protests taking place in the US that have emerged in the wake of George Floyd’s death. The latest move by Twitter took place soon after President Trump signed an executive order in the US, challenging the lawsuit protections. Earlier this week, Twitter also added a warning to two of President Trump’s recent tweets that called mail-in ballots “fraudulent”.

In a series of tweets published after applying the public interest notice, Twitter has said that the tweet posted by President Trump violates its policies regarding the glorification of violence and could inspire similar actions.

The notice hides President Trump’s tweet and says, “This Tweet violated the Twitter Rules about glorifying violence. However, Twitter has determined that it may be in the public’s interest for the Tweet to remain accessible.” Users can still view the tweet by clicking on the View button next to the notice.

“We’ve taken action in the interest of preventing others from being inspired to commit violent acts, but have kept the Tweet on Twitter because it is important that the public still be able to see the Tweet given its relevance to ongoing matters of public importance,” the company said in one of its tweets clarifying the move.

Twitter has highlighted that the last line of President Trump’s tweet had a connection to violence. The line reads, “Any difficulty and we will assume control but, when the looting starts, the shooting starts.” It apparently refers to the ongoing Minneapolis protests.

This is notably the first time when Twitter has taken such an action against a tweet posted by a world leader. The notice comes just hours the US President signed the executive order that could be used to target Twitter and other social media platforms.

Microsoft Edge Users Will Get a Contextual Search Experience

Google Stymies Media Companies From Chipping Away at Its Data Dominance