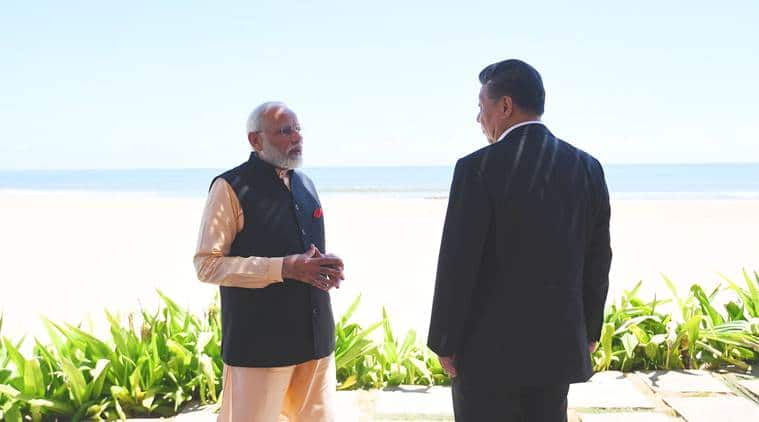 With President Donald Trump tweeting that the US is ready to “arbitrate” between India and China to end their “raging border dispute”, a UN spokesperson said it is not for the Secretary General to “opine” who should mediate in the situation but urged that all parties involved should avoid any action that would increase tensions.

In a surprise move, US President Trump on Wednesday offered to “mediate or arbitrate” the raging border dispute between India and China, saying he was “ready, willing and able” to ease the tensions, amid the continuing standoff between the armies of the two Asian giants at the Line of Actual Control (LAC).

The nearly 3,500-km-long LAC is the de-facto border between India and China. Several areas along the LAC in Ladakh and North Sikkim have witnessed major military build-up by both the Indian and Chinese armies recently, in a clear signal of escalating tension and hardening of respective positions by the two sides even two weeks after they were engaged in two separate face-offs.

India has said that the Chinese military was hindering normal patrolling by its troops along the LAC in Ladakh and Sikkim and has strongly refuted Beijing’s contention that the escalating tension between the two armies was triggered by trespassing of Indian forces across the Chinese side.

“Any suggestion that Indian troops had undertaken activity across the LAC in the Western sector or the Sikkim sector is not accurate. Indian troops are fully familiar with the alignment of the Line of Actual Control in the India-China border areas and abide by it scrupulously,” Ministry of External Affairs Spokesperson Anurag Srivastava said at an online media briefing last week.

China's "Muscular" Policy Will Impact Its Ties With India, Others: US Diplomat

China’s Covid vaccine drive is falling behind US, Europe

As Iran prepares to vote, its battered economy a major worry