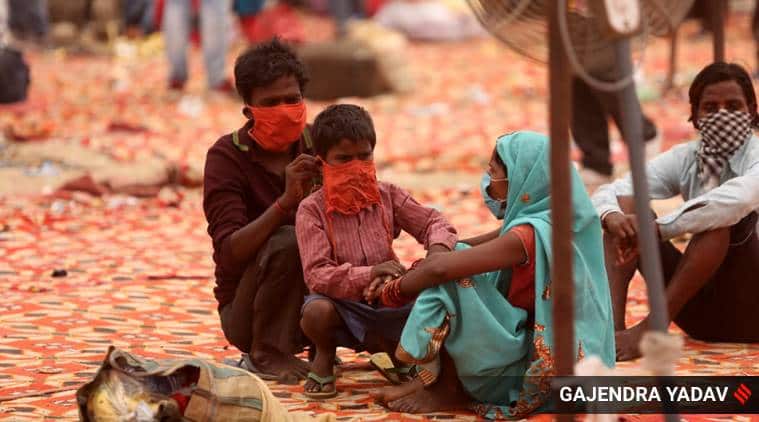 
India’s recovery rate has improved to 41.61 per cent while the fatality rate remained the lowest in the world at 2.87 per cent now, said the Ministry of Health Tuesday.

India registered 6,535 new cases in the last 24 hours, taking the country’s Covid-19 tally to 1,45,380 on Tuesday. This includes 80,722 patients with the disease, 60,490 who have been treated and discharged and 4,167 deaths. Assam has emerged as one of India’s fastest-growing states, in terms of cases, as migrants return to their home towns.

India’s recovery rate has improved to 41.61 per cent while the fatality rate remained the lowest in the world at 2.87 per cent now, said the Ministry of Health Tuesday. Addressing a routine daily briefing on novel coronavirus, Health Ministry Joint Secretary Lav Aggarwal said that 4.4 deaths per lakh population have been reported in the world, while India has reported about 0.3 deaths per lakh population, which is among the lowest in the world. This has been due to the lockdown, timely identification and management of Covid-19 cases, he added.

In other news, The Indian Express reported that the HRD Ministry is working with the National Council of Educational Research and Training (NCERT) to frame guidelines for schools, when the Home Ministry allows them to reopen. Older children of Classes 9, 10, 11, and 12 are likely to return first as they are better able to comply with rules on masks and social distancing.

Here’s a curated list of some interesting stories from across the country on Day 63 of lockdown.

FIR against groom after 1,000 attend marriage function in MP

Defying the social distancing norms, over 1,000 people gathered at the marriage function of a revenue officer at a village in Madhya Pradesh’s Alirajpur district, police told PTI on Tuesday. An FIR has been registered against the 24-year-old groom, Kanu Chouhan, who is currently posted as ‘patwari’ (village-level revenue officer) in the state’s Betul district, they said.

The wedding function was held on Monday in Alirajpur’s Bilasa village where none of the attendees wore masks, and
they were dancing without following the social distancing guidelines in place to check the spread of COVID-19, a police official said.

No arrest has been made so far as offences under Section 188 (disobedience to order duly promulgated by public servant) are bailable, another police official said.

Senior national women side’s midfielder Indumathi Kathiresan can be seen on the streets of Chennai, asking people to follow government guidelines to fight the pandemic. Wearing the traditional ‘khaki’ uniform of the Tamil Nadu Police, along with a surgical mask and a pair of gloves, Indumathi is barely recognised by those she stops for checks at Anna Nagar in Chennai.

“It has been a difficult situation for the entire country. But taking the necessary precautions is paramount for the safety of one and all,” said Indumathi, according to the official website of All India Football Federation.

“We try to ensure that everybody is observing the guidelines and that nobody who does not need to be outside has stepped out,” said the 25-year-old.

Being a footballer, Indu, as she is fondly called by her teammates in the dressing room, is no stranger to a disciplined and regimental life. However, the lockdown has meant that she has had to follow a rigorous routine, where she has to report for duty at 7 am and has to keep patrolling the streets till almost midnight every day.

Wearing masks and following social distancing norms, over 13 lakh students in Kerala on Tuesday appeared for the SSLC, Higher Secondary and Vocational Higher Secondary School examinations. The board exams were postponed due to the nationwide coronavirus lockdown. Over 4,78 lakh students appeared for the SSLC examination while 56,345 wrote the VHSSE papers, The higher secondary exams would commence from Wednesday.

The examinations, postponed since March, are being held by following strict health safety standards and would
continue till May 30. Fire force had disinfected the 2945 centres across the state.

Sonu Sood, who has collaborated with entrepreneur Neeti Goel for the Ghar Bhejo initiative, has sent thousands of migrants home.

Moved by the plight of migrants who set out on foot for their native places, Sood facilitated several buses for workers stuck in the city owing to the nationwide lockdown. The buses left for far-off states such as Karnataka, Bihar, Jharkhand and UP.

“I was getting a lot of calls… thousands of calls everyday. My family and friends were busy collecting the data then we realised we might miss out on a lot of people who we will not be able to approach us. So we decided to open this call centre, it is a toll free number,” Sood told PTI.

As Covid cases fall across state, 5 districts see rise in numbers; 4 of them in Vidarbha