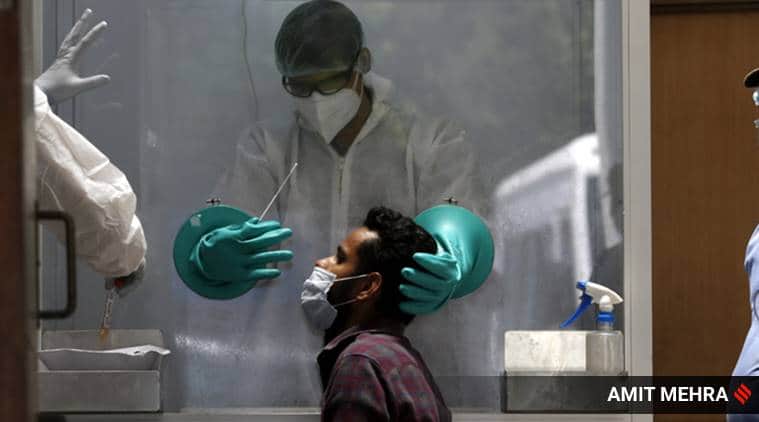 Insisting that India is not in the community transmission stage, the government on Thursday said the country’s first sero-survey on Covid-19 spread has found that lockdown and containment measures were successful in controlling a rapid rise of infections, but a large proportion of the population still remains susceptible.

“India is not in community transmission. We have to continue with our strategy of testing, tracing, tracking, quarantine and containment measures; we should not give up our guard on these,” Indian Council of Medical Research (ICMR) Director General Balram Bhargava said while addressing a media briefing.

Bhargava’s comments came two days after Delhi Health Minister Satyendar Jain said the source of Covid-19 infection in 50 per cent of the cases in the national capital was unknown and that it was up to the Centre to declare whether the city had entered the community transmission phase. Health Ministry’s Joint Secretary Lav Agarwal too put to rest questions on community transmission in Delhi saying, “If we get caught in grammar and let go of field action, we will suffer.”

Launched in May by the ICMR in collaboration with state health departments, the National Centre for Disease Control (NCDC) and the World Health Organisation (WHO), the study involves surveying of a total of 83 districts with 26,400 people enrolling for it, the ICMR chief said.

The figure that was shared with the media stated that data from 65 districts has been compiled till now. The sero-survey has found that 0.73 per cent of the population in the districts surveyed had evidence of past exposure to SARS-CoV-2, Bhargava said.

He said that a large proportion of the population is still susceptible and that risk is higher in urban areas (1.09 times) and urban slums (1.89 times) than rural areas. It found that infection fatality rate is very low at 0.08 per cent and infection in containment zones were found to be high with significant variations, but the survey is still ongoing, he said.

India saw the highest single-day spike of 357 fatalities and 9,996 cases on Thursday, pushing the death toll to 8,102 and the nationwide tally to 2,86,579, according to the Union Health Ministry data. India continued to remain the fifth worst-affected country after the US, Brazil, Russia and the UK.

‘Our stimulus package as big as Pak GDP’: India on Imran Khan’s offer to help

FIR against Haryanvi singer Sapna Choudhary for misappropriation of funds