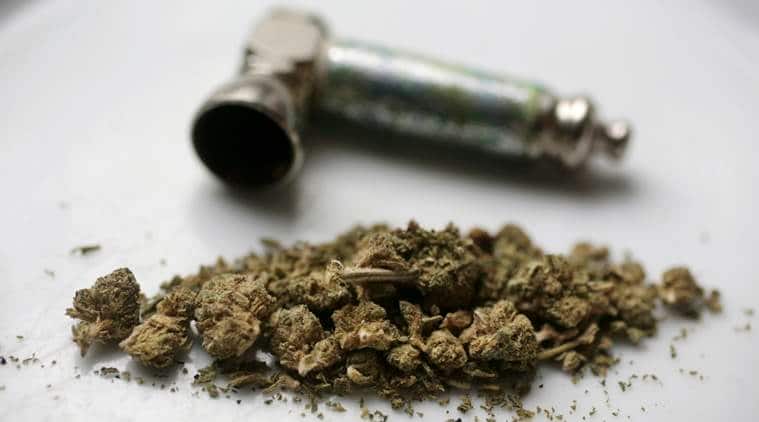 A 21-year-old Indian national, who used to drive a commercial truck between Canada and the US, has been arrested on the charges of smuggling marijuana with market value of USD 2,500,000, a US attorney has said.

If convicted, Arshdeep Singh faces a mandatory minimum penalty of five years in prison or a maximum of 40 years and a USD 5,000,000 fine. According to the complaint, on June 5, a commercial truck carrying coffee makers and bearing Prince Edward Island, Canada license plates, attempted to enter the United States at the Peace Bridge Port of Entry at Niagara Falls in New York, Michael Adler, the Assistant US Attorney, who is handling the case, said.

“The commercial truck was referred to the Vehicle and Cargo Inspection System for a non-intrusive X-ray exam, which showed inconsistencies between the cargo in the nose of the trailer and that of the rest of the load,” the Department of Justice said.

Officers also observed that the trailer did not have a commercial seal securing the back doors. “As a result, it was referred to the Peace Bridge warehouse loading dock for a physical exam. During the initial physical exam, officers offloaded the properly identified coffee makers,” the Justice Department said.

They also located four skids containing seven crates that differed from the rest of the load. Inspection of the crates revealed coffee grounds. Secreted under the coffee grounds were vacuum sealed bags containing a green leafy substance, the Department of Justice said.

Approximately 1,608 vacuum sealed bundles of suspected marijuana, weighing nearly 1,800 lbs, were removed from the original shipment containers, with an approximate value of USD 2,500,000.

“Recent events have created unique challenges for our Office and our partners in law enforcement as we work together to keep our communities and our Nation safe and secure,” stated US Attorney James P Kennedy.

“While the COVID-19 response may have slowed commerce across our Nation’s borders, this arrest proves not only that criminals persist in their efforts to break the law but that law enforcement remains vigilant in its effort to uphold it,” he added.

Port Director Jennifer De La O said: “This was an excellent job by our officers from start to finish”.

“From recognising a shipment that needed further screening to the identification of the anomaly during the secondary scan, to the coordination with our partners at HSI, our officers are committed to intercepting these illicit drugs from being smuggled in,” he said.

Biden admin will have no tolerance for terrorism in S Asia, says his campaign

Series of explosions target police in Kabul; at least 2 dead